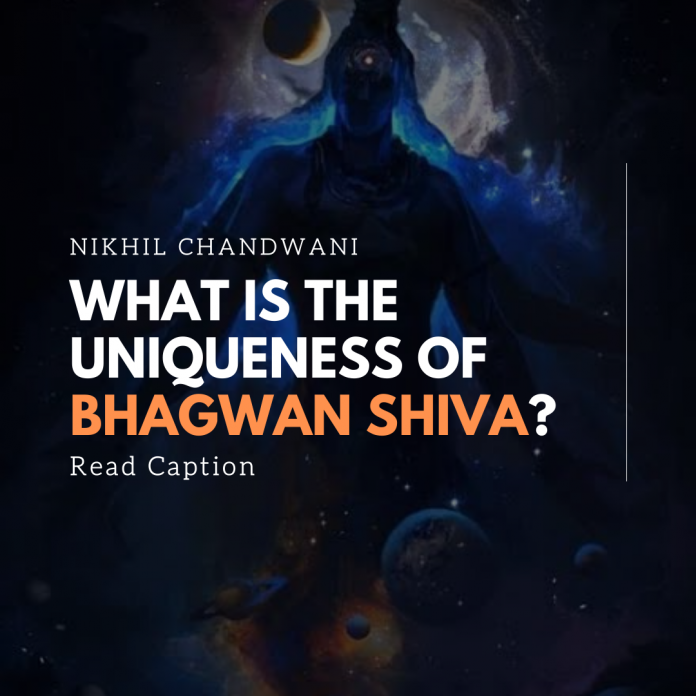 Shiva has many aspects, benevolent as well as fearsome. In benevolent aspects, he is depicted as an omniscient Yogi who lives an ascetic life on Mount Kailash as well as a householder with his wife Parvati and his two children, Ganesha and Kartikeya. In his fierce aspects, he is often depicted slaying demons. Shiva is also known as Adiyogi Shiva, regarded as the patron god of yoga, meditation and the arts.

Almost all gods radiate light. Light is everywhere. It is the symbol of life-giving power and of joy. However, do you know what is eternal in this world? It is Darkness. It is everywhere. Light is temporary because any source of light – whether a tube light or a massive star – will eventually lose its ability to give out light. Light is not endless. It is always a restricted possibility because it occurs and it ends. Darkness is a much stronger possibility than light. Nothing needs to burn; it is always – it is eternal. Darkness is everywhere. It is the only thing that is universal.

Bhagwan Shiva is the god of darkness.

What is the uniqueness of Shiva? He is divine darkness. He is darkness; he is nothingness, and that’s why he is the Universe.