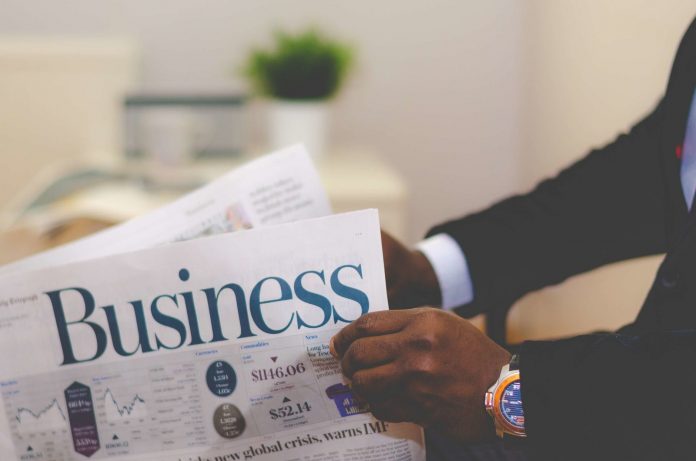 Vaz began his career in finance as a runner on the New York Stock Exchange in the 1990s. Back then, the work was not as digital, and most of the work was done by hand. In the beginning, he worked as an assistant trader to the chief trader in H.J. Meyers & Company’s day-to-day activities. He was elevated to trade his firm’s proprietary trading account.

The technological age decreased the necessary manpower to a bare minimum. To execute trades for Anthony’s company EdenCapital Investment Group, he now has only two traders at the New York Stock Exchange, handling all its daily NYSE trades.

The Path to Becoming the Executive Vice President

Jersey Shore Trading, based in Red Bank, New Jersey, was founded by Vaz in 2001. He was in charge of the trading floor, where he made markets in over 100 publicly traded securities on the OTC Nasdaq exchange. He joined DC Capital Partners in 2002 as the head of trading, market maker, and investment banking. He was also the Executive Vice President and head trader at the company.

Vaz worked as an advisor and investment strategist for Pura Naturals, a household cleaning firm, in 2017. “Anthony Vaz is a valuable member of our financial advisory team. Mr. Vaz has a huge network on Wall Street and has attended Georgian Court University and The Wharton School of Business MBA program; He gives Pura a solid foundation for future growth.” Pura Naturals, Inc. CEO Robert Doherty comments.

In 2020, Vaz completed a merger with EXcoin Ltd. The stock gained almost forty-five dollars within three days, a record gain for an OTC. He has always had a keen eye for identifying the right companies to invest in and has deep knowledge of public and private markets. He is well-known on Wall Street and has secured over $1.7 billion in equity and debt funding for companies, firms, and hedge funds.

The Grandfather of the American Cannabis Industry

In 2010, he took the risk of going public with the first cannabis company on a US national market exchange. He has multiple assets in the cannabis market in the United States as of 2022. He already owns five businesses in four states and intends to open a sixth in another.

Vaz was involved in reverse mergers and investment banking and helped structure and underwrite the first Sovereign Nation American Indian casinos in the United States.

His Most Recent Efforts

The New York office performs the majority of their trading and investment banking deals. The Jersey office has a legal counsel and accountants; all underwriting deals happen while Palm Beach and Miami handle real estate and other debt financings. Vaz controls operations from his Naples home office while he is there. The entertainment funding is handled through his Beverly Hills office.

How to Flourish in Your Career?

Everyone goes through change and transition at some point in their career, facing constant ups and downs. However, these challenges help them experience growth, development, and success, which is the ultimate goal.

A successful entrepreneur is the one who maintains a firm focus on what he wants to achieve rather than focusing on the hurdles. Mr. Anthony Vaz, like many others, welcomed challenges and saw them as opportunities to learn and grow. He changed occupations several times, paving the way to his goals and bringing him to where he is today with a strong sense of purpose.

Vaz’s employment shiftsoffered him an excellent opportunity to grow and develop. Rather than reacting, he chose to respond to the circumstances positively.

Here’s how Mr. Vaz made a name for himself in his field.

No matter how many setbacks and rejections great entrepreneurs confront, they are always willing to pick themselves up and find another way to succeed. Vaz’s tenacity is what it takes to take a company idea from the realms of the mind and transform it into a thriving enterprise.

Fear of failure is one of the reasons why many entrepreneurs fail. Failure is viewed positively by successful entrepreneurs as a beneficial experience – something to learn from and overcome in the future. Every entrepreneur makes mistakes on their way to success. What’s important is that you acknowledge your failures, accept full responsibility for the setbacks, and move forward promptly.

Any successful entrepreneur must learn and adapt to new methods, processes, or technology that can help their business flourish. Market needs have always been dynamic: both the corporate and consumer worlds are constantly evolving, and what worked years, even months ago, may no longer work tomorrow. Successful business owners are never too proud to accept new chances to improve their offering and better meet the needs of their consumers and the market as a whole.

There are no other opinions about it; business relationships matter. Businesses will always prefer to work with companies they like and trust. Your ability to nurture long-term working relationships with like-minded entrepreneurs within your industry will be one of the critical factors in the business’s long-term success. Most entrepreneurs would agree that it’s far easier to secure work from repeat customers than to invest time and money into securing new customers.

Access to finance is also part of business connections. Every entrepreneur wants the best chance possible for their business idea to become a successful enterprise. This implies that entrepreneurs must become highly investable. You may start the process of securing vital entrepreneur finance by cultivating relationships with angel and seed investors, venture capitalists, private investors, and even banks.

Vaz is not only a successful businessman; he has also revolutionized several other organizations throughout his career. He’s come a long way and aspires to invest in fresh enterprises and start-ups to help future entrepreneurs.