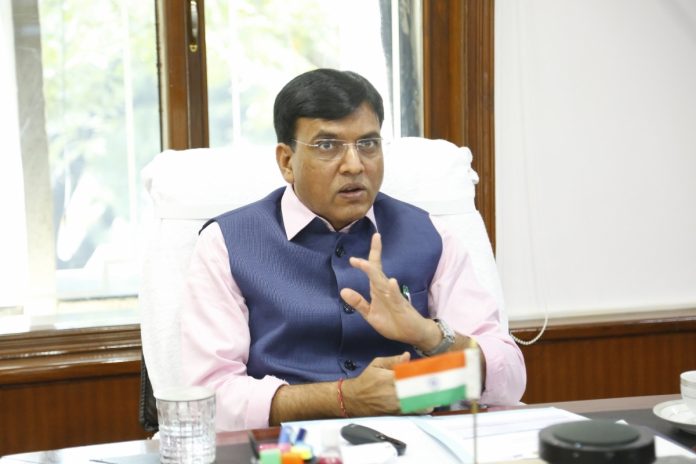 A ‘One Step’ portal is being made for the convenience and ease of credible information for those who want to take treatment in India from abroad, Union Health Minister Mansukh Mandaviya said on Thursday.

Highlighting the need to take steps to further strengthen the Medical Value Tourism, Mandaviya suggested establishing facilitation centres at the Indian embassies across the world for the people wanting to travel India for treatment.

In addition, a system to get feedback, testimonials from people who are getting treated in India can be instituted. This will help us in making medical tourism, ‘Brand India’, Mandaviya said while addressing the round-table conference with senior IFS officers on building Brand India, at Vigyan Bhawan, here on Thursday.

“Today, people from different countries of the world are coming to India for treatment in large numbers. With an aim to further boost Medical Tourism, the government has launched ‘Heal in India’ programme under the leadership of Prime Minister Narendra Modi. Similarly, we have started the ‘Heal by India’ programme. This will provide an opportunity for our medical workforce to travel all over the world and contribute towards a healthy global society,” added Mandaviya.

Stressing on the need to forge agreements with other countries in the area of the medical sector, the Union Minister noted that “we have an agreement with Japan to provide skilled nurses”.

“Such agreements have also been made with other countries for skilled medical manpower. In the last few years, medical value travel has gained a lot of popularity and India is now one of the fastest growing Medical Tourism Centres in Asia”, he added.

Highlighting the importance of the traditional system of medicines, the Union Minister noted: “India has established itself as the focal point of AYUSH. Recently, Prime Minister Narendra Modi has announced to launch ‘AYUSH mark’. This will provide authenticity to AYUSH products in India and promote the traditional medicine industry. A Special Visa Category has been made for those coming to India from other countries for Ayurveda Treatment. The provision of Medical Visa and Medical Attendant Visa has been made with 165 countries to get Ayurveda treatment.”