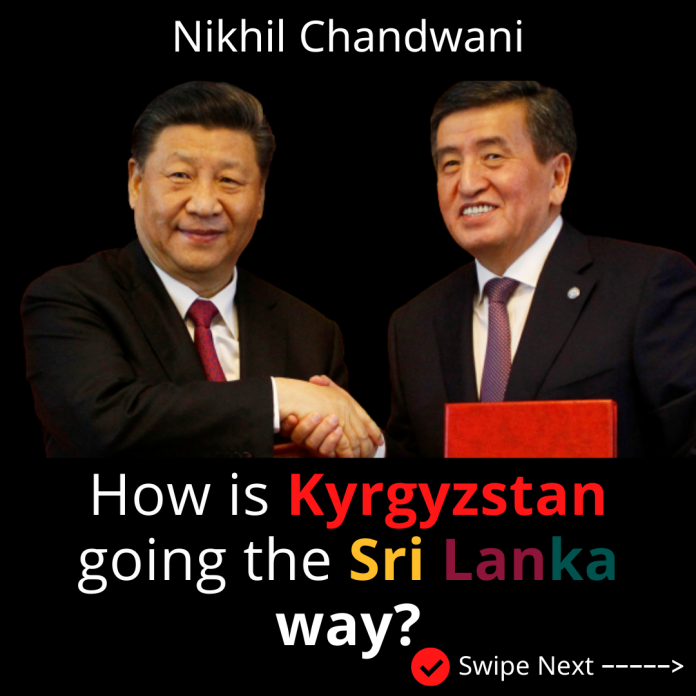 A hilly land-locked nation in Central Asia, Kyrgyzstan is bordered by Uzbekistan to the west, Tajikistan to the south, and China to the east. Sadly, when you have the current Chinese regime on your borders, there’s a high chance you’ll be either troubled militarily or financially. Srilanka has officially collapsed. Sri Lanka’s nationwide inflation for March 2022 under the National Consumer Price Index (NCPI) surged to 21.5 percent from 17.5 percent reported in February 2022. Food Shortage, Oil Shortage, labor shortage, and shortage of a legitimate government has taught Sri Lanka why ‘anything Chinese’ is not suitable for the longer run.

There’s a parasite that eats fish tongue. Straight out of a horror movie, there is a parasite that wants to get inside an animal’s mouth, where it attacks — and replaces — the tongue. This scarrryyyy parasite detaches the fish’s tongue, attaches itself to the fish’s mouth, and becomes its tongue, taking a massive bite of whatever the fish eats. China has done the same in Kyrgyzstan.

Although China and Kyrgyzstan are allies, their economic relationship is highly asymmetrical as while for China, the bilateral projects in Kyrgyzstan are small, they are significant for Kyrgyzstan.

Kyrgyzstan’s foreign debt is $5 billion, and more than 40 percent of that ($1.8 billion) is owed to the Export-Import Bank of China for a series of infrastructure projects over the last decade under the guise of the Belt and Road Initiative (BRI). China, to recover the loan, has attached itself to Kyrgyzstan’s economy (the tongue) and takes a huge bite of whatever profit the country makes.

Kyrgyzstan, after the COVID crisis, is losing 8% every year. Tourism was their primary source of economy, but political instability and the pandemic crisis have resulted in a natural fall in money circulation. Moreover, they took loans that are getting impossible to repay as whatever little profits they make goes to the Chinese banks.

Kyrgyz President Sadyr Japarov noted that if the debts weren’t paid, “we will lose many of our properties. In other words, China will take over their land and properties and enslave their laborers if the debt is not paid. China might also take away strategic locations in Kyrgyzstan to recover loans.

This
is
a
Trap!