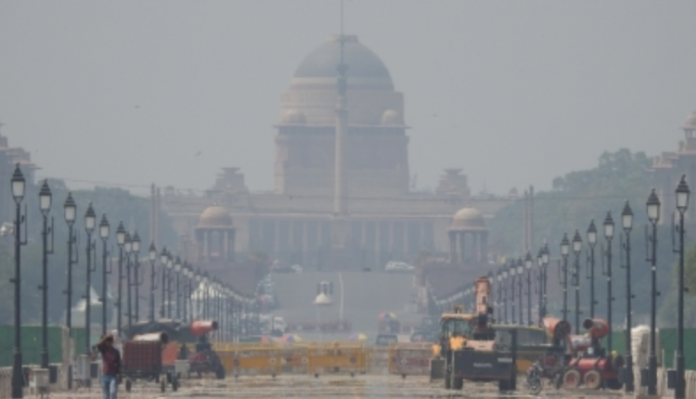 For the second time in the week, Delhi’s Safdarjung Observatory on Saturday recorded the maximum temperature at 43.5 degrees Celsius, just short of the record of 43.7 degrees Celsius in 2010.

Maximum temperature of 43.5 degree Celsius was recorded on Thursday too.

However, because Safdarjung is Delhi’s base station and has records from 1901, and Sports Complex observatory is a relatively new station with no previous records to match, its maximum temperature is not considered for ‘highest’ in all India comparisons.

The India Meteorological Department (IMD) has predicted partly cloudy sky with possibility of thundery developments on Sunday with maximum and minimum temperatures expected to be around 43 and 25 degrees Celsius respectively.

Meanwhile, across India, the highest maximum temperature of 46.6 degrees Celsius was recorded at Chandrapur in Maharashtra as heat wave to severe heat wave conditions prevailed over some parts of Delhi; in isolated pockets over Gurugram, Chandigarh and Himachal Pradesh; heat wave conditions prevailed in many parts of west Rajasthan, in some parts of Punjab and Vidarbha; in isolated pockets over Haryana, interior Odisha, Uttar Pradesh, and north Madhya Pradesh.

IMD forecast said heat wave conditions will continue over northwest & central India till May 2 and for east India, it will abate from Sunday onwards.