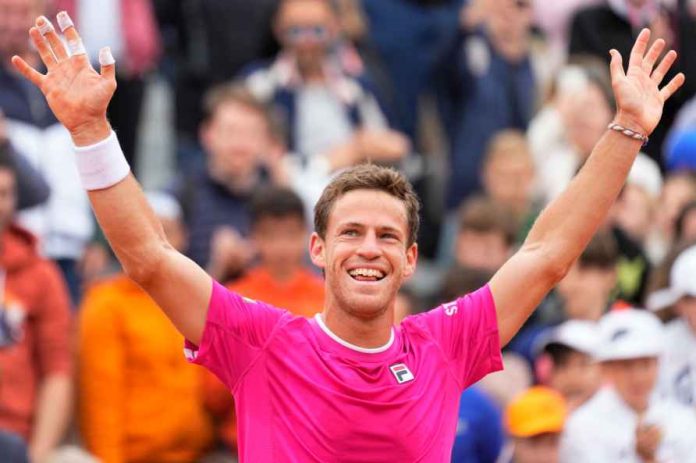 Argentina’s Diego Schwartzman advanced to the fourth round of the French Open after beating Bulgaria’s Grigor Dimitrov 6-3, 6-1, 6-2, here on Friday.

Schwartzman rallied from two-sets-to-love down to overcome Jaume Munar in the second round, while Dimitrov entered the match off the back of two straight-sets victories. However, it was the 15th seed who looked the fresher throughout on a packed Court Simonne Mathieu.

The 29-year-old Schwartzman hit his watertight groundstrokes with consistency and power as he forced the 31-year-old Dimitrov into errors, improving to 2-3 in their ATP Head to Head series.

Following his two-hour, 17-minute win, the World No 16 could face Novak Djokovic in the fourth round. The Serbian will be up against Aljaz Bedene later in the day.

Schwartzman has often produced his best tennis in the French capital, enjoying a run to his only Grand Slam semi-final in 2020, while he reached the last eight 12 months ago. Earlier this season, the four-time tour-level champion advanced to finals on clay in Buenos Aires and Rio de Janeiro.