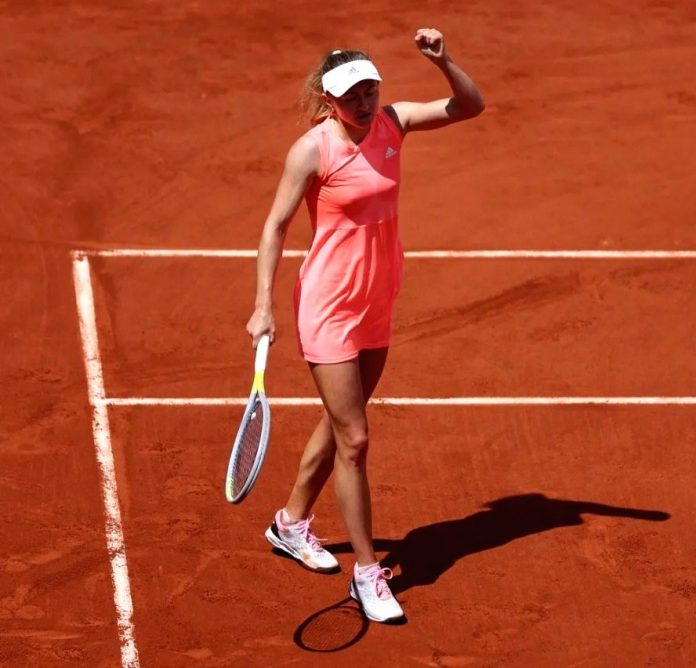 Aliaksandra Sasnovich scored her second win over the US Open champion Emma Raducanu in the past eight months, taking out the No.12 seed 3-6, 6-1, 6-1 in 2 hours and 4 minutes in the second round of Roland Garros here on Wednesday.

The 28-year-old will next face Angelique Kerber of Germany for the second time in as many weeks after the No.21 seed held off wildcard Elsa Jacquemot 6-1, 7-6(2).

Sasnovich had previously defeated Raducanu 6-2, 6-4 in the second round of Indian Wells last October – Raducanu’s first match after winning the US Open as a qualifier.

The 28-year-old had fallen at this stage of Roland Garros on four previous occasions, but put on a dazzling display of shotmaking to reach the third round for the first time.

The 19-year-old Briton Raducanu, who suffered a back injury in the run-up to Roland Garros, finishes her first ever clay-court swing with an overall 6-5 record. The 19-year-old has successfully reached at least the second round on her debut at each of the four majors.

Despite battling for 3 hours and 16 minutes to win the Strasbourg final over Kaja Juvan four days ago, and then for 2 hours and 28 minutes to hold off Magdalena Frech in the first round here, Kerber is still going.

The former World No.1 extended her winning streak to seven matches, though will be relieved to have come through in 2 hours and 4 minutes after withstanding a valiant comeback attempt from 19-year-old Jacquemot in the second set.

Kerber had successully smothered the Frenchwoman’s game to take a 6-1, 2-0 lead, keeping a lid on Jacquemot’s intermittently impressive shotmaking with greater focus in tight moments. At this point, five games had gone to at least two deuces, and Kerber had won them all.

But Jacquemot, the 2020 Roland Garros girls’ champion, kept her head up and was finally rewarded when she broke back for 2-1 after a seven-deuce tussle. She had been demonstrating classic reflexes at net and punishing the Kerber second serve with panache, and the teenager took this energy through the rest of the set.

Elsewhere, a battle of former Roland Garros semifinalists saw No.15 seed Victoria Azarenka overcome Andrea Petkovic 6-1, 7-6(3) in 1 hour and 48 minutes, twice coming from a break down in the second set. She will next meet the surging No.23 seed Jil Teichmann, who continued her stellar clay swing by defeating qualifier Olga Danilovic 6-4, 6-1 in 78 minutes.

Swiss left-hander Teichmann is coming off a Madrid semifinal and Rome quarterfinal that have bumped her to a career high of No.24, but this marked the first time in 11 attempts that she has reached the third round of a major.

A player who is no stranger to that stage is Elise Mertens. The No.31 seed advanced to her 17th consecutive Grand Slam third round via walkover after Marie Bouzkova withdrew due to a positive Covid-19 test.