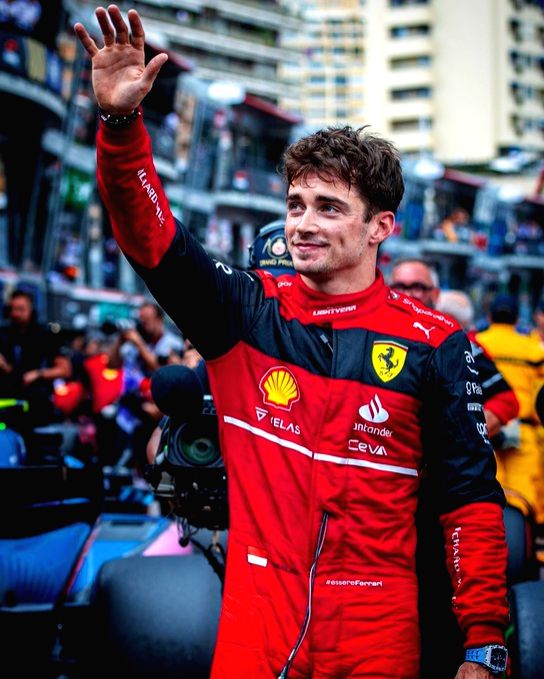 Ferrari driver Charles Leclerc has described Sunday’s Monte Carlo Grand Prix “a disaster” despite completing his first home race as the Monegasque blamed his team’s confused strategy call for his drop from pole position to fourth.

After the race got off to a delayed start due to heavy rain just before the start, Leclerc led away from teammate Carlos Sainz in the early pitting to get the wet tyres replaced by intermediate on Lap 18.

But with Sainz then brought in for dry hard tyres three laps later, Leclerc was initially called in as well — only to then be told to stay out. But that call came too late, Leclerc’s total time in the pits four seconds longer than his teammate as Ferrari double-stacked the pair, which saw him fall to P4 behind eventual winner Sergio Perez, Sainz, and the second Red Bull of title rival Max Verstappen.

Leclerc, who has not had a good time at Monaco Grand Prix so far, was really unhappy with his team’s decision which pushed him to fourth position on a circuit at which overtaking is very difficult.

“No words – the season is long but we cannot do that,” said Leclerc over team radio on his cool-down lap, Team Principal Mattia Binotto quickly agreeing.

It seems the cooling-down lap was only for the car and Leclerc was quite pissed when he faced the media after the race.

“It was a freaking disaster today,” fumed Leclerc, who had pulled a 5s lead over Sainz in the early stages of the race, said a report on the Formula 1 website. “The win was clearly in our hands: we had the performance, we had everything. I just don’t really understand the call that I had and I need explanations for now.

“I couldn’t do much, I was called just before the last corner, so I couldn’t react or ask for any information, but that was clearly the wrong choice… We need to get better,” Leclerc was quoted as saying in the report.

One reason for Leclerc being so unhappy was that he lost a chance to narrow the gap with Verstappen. He had started on pole position and as said he had a chance of winning the race and finishing ahead of his rival.

Instead, with Leclerc finishing behind Verstappen, the Dutchman has increased his title lead by three points to nine.

Leclerc will now hafe to wait for couple of weeks for the next race at Baku, Azerbaijan for a chance to reduce the gap with Verstappen. With Lewis Hamilton struggling in the races held so far, Leclerc seems the only driver capable of stopping Verstappen from claiming a second successive Drivers’ Championship.

He can do that only if he does not have any more Monaco-like disasters.