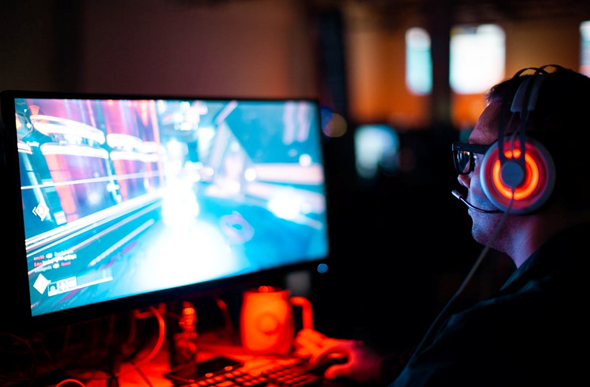 The videogames market is getting bigger every day. Almost everyone plays games in some form. They are more accessible as well.

You can play on your phone or tablet; you can get consoles or play on your PC.Also, according to NYK Daily, different platforms such as Stadia from Google or Xcloud from Microsoft allow you to play in the Cloud without having any more hardware than a single gamepad.

While gamers are getting spoiled with options it is true that the more mainstream market is getting a bit flat when it comes to innovation. There are thousands of interesting ideas, of course, and longtime franchises are being rebooted and rebooted and rebooted… sometimes without much effort and that don’t add much content which makes them feel a bit flat.

In this article we will go in the opposite direction. We will discuss some franchises that have not received instalments in years, and we are really hungry for either new experiences or, in some cases, a complete reboot.

If you are in your twenties, it is possible that you may not have a clue what we are talking about, but those gamers in their thirties and definitely in their forties have heard from the misadventures of Kain and Raziel.

The first game in the franchise was Blood Omen: Legacy of Kain and it is an isometric action-adventure published by Crytal Dynamics and Activision in 1997.

The gameplay is a bit tough to digest today, but it sets the base for what was coming later. The Legacy of Kain series was never about the gameplay. It was about the story and boy oh boy, what a good one this is.

The prime of the franchise arrived when Amy Henning took over the writing and made the series what it is (she’s known for writing the Uncharted series among some of her work).

To be honest, we are not sure if we want a reboot or a continuation of the series. It is true that their gameplay feels a bit dated today,but the story and voice acting remain stellar as ever.

This one is a hard pill to swallow. The last game was seen from Duke dates to 2011 and it was an abysmal product, in every way.

Back in the 90’s Duke Nukem was known for its shock value, but the game was much more than that. The gameplay for Duke Nukem 3d (and all their expansions) remains as great as ever. While many times compared to Doom, Duke’s games have much more depth and once you get passed by the fun and shock value the core gameplay stands on its own.

We really need a new version of this game, a good one, that brings brainless fun to a game industry that is deep down into political correctness.

Man, this one hurt. Konami has under their wing one of the best and most revolutionary franchises in videogame history. Konami made a name for themselves during the NES era. They launched great games with astonishing music. When you saw that Konami logo at the moment of hitting the power button you knew you were going to have a great time.

Unfortunately, the last time we saw Castlevania was with Lords of Shadow 2 in 2014. A very mediocre compilation of the old games came out afew years ago, but we want a new game. We know there’s a market for it, we can see what ArtPlay did with the Bloodstained series.

Konami is now deep into Pachinko machines, and they have a presence in online gambling as well. Sites like VegasSlotsOnline have more than thousand games on the website among you can find slots from Konami like Castlevania online slot that you can play and win many jackpots and prizes. On this platform you will find classic slots in which you would like as if you were in a physical casino, that means, with 3 or 5 reels, and video slots, which offer you bonus reels, rounds reels and even 9 game reels. You can play from any devices you may have, such as phones and tablets (and browser of course). For now, this is what we have to follow the story of the Belmont family.

These are just some big names, but we can keep naming franchises for hours. There are small companies picking up brands and giving them a modern look. We saw what DotEmu did with Streets of Rage and Wind Jammers.

Now it is time for the big guys to do their homework. We need more good stories, less remakes and definitely, no more yearly Call of Duties that add nothing to their legacy.

Time has proven that there is a huge market for big single player experiences, as we saw with Zelda: Breath of the wild and Red Dead Redemption 2. While games like Fortnite make companies very wealthy, once the hype fades a bit what gamers want is to let themselves loose into fantastic story driven and fun stories. Game companies should not forget who put them in the place they are.