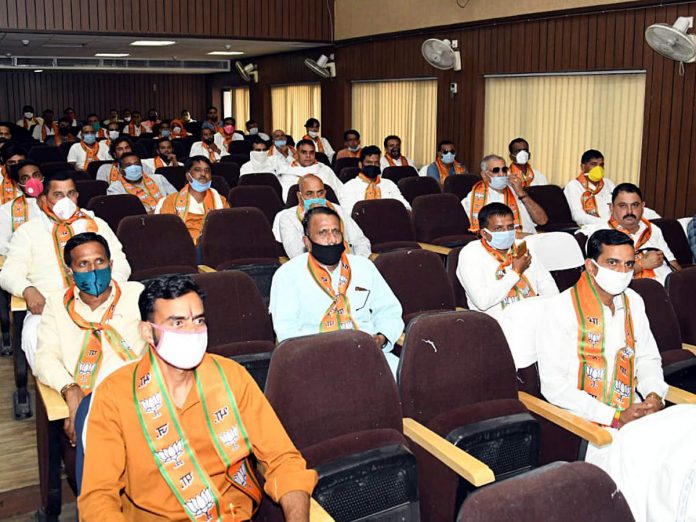 BJP’s women wing is starting a nationwide training programme for its cadre with a three days session in Bhopal, beginning from May 13.

BJP Mahila Morcha national vice president Rekha Verma told IANS: “Being world’s largest party, it is necessary that everyone connected with us must understand and be aware about our history and ideology. We have planned to train all our workers through a training programme. This training programme of Maihila Morcha will start from Bhopal.”

“If a person is not ideologically connected with the party, then the way he joined, he may leave also. By explaining our ideological commitment, we will try to ensure that the person stays in the party forever by inculcating BJP’s values and culture,” Verma said.

National office bearers of BJP Mahila Morcha, state president, state in-charge, among others are likely to attend the event.

Further, the state presidents along with the head of training of programmes of state units will draw plans to conduct training sessions further at state level and district levels.

A similar training programme for all the morchas (wings) and main organisation will also be held to prepare the organisation for upcoming assembly polls and 2024 general elections.

A senior BJP leader said that trained workers help in growth of the party in new areas and sections of society.