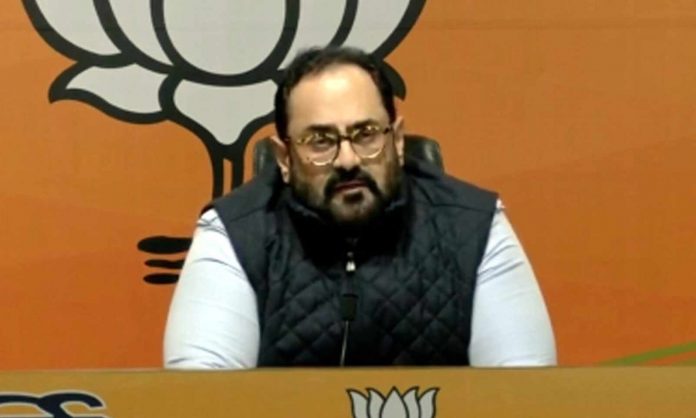 Embedding technology into governance has changed the way the world used to look at India and in the last two years, the country has begun amalgamating deep tech with governance, thus plugging leakages in delivery to the masses, Rajeev Chandrasekhar, Union Minister of State for Electronics and IT and Skill Development, said here on Monday.

Speaking at the annual lecture of the Public Affairs Forum of India (PAFI), the minister said that we have reached a stage where every global leader looks at us with respect and awe, “not just in terms of our healthcare performance but also in terms of our economy bouncing back”.

“We need to ensure that the pace of digitalisation is not allowed to slow down if India has to claim its rightful place in the decade to come,” Chandrasekhar told the audience.

“In the past 35 years, I have had the highs of optimism and the lows of skepticism and negativity, and I can safely testify that India’s potential has never been more exciting,” he emphasised.

India has the potential to become a $1 trillion digital economy by 2025, by tapping opportunities in manufacturing, engineering and digitalization.

The minister said that India has successfully used technology to prevail over the pandemic by seamlessly managing to administer 1.8 million jabs to 1.4 million citizens.

He said that tax revenues have risen a record 20 per cent, on the back of rapid digitalisation.

“India is witnessing an incredible number of first-generation entrepreneurs, unlike in the early days where companies were founded only by those that knew people in the corridors of power,” Chandrasekhar emphasised at the PAFI event.