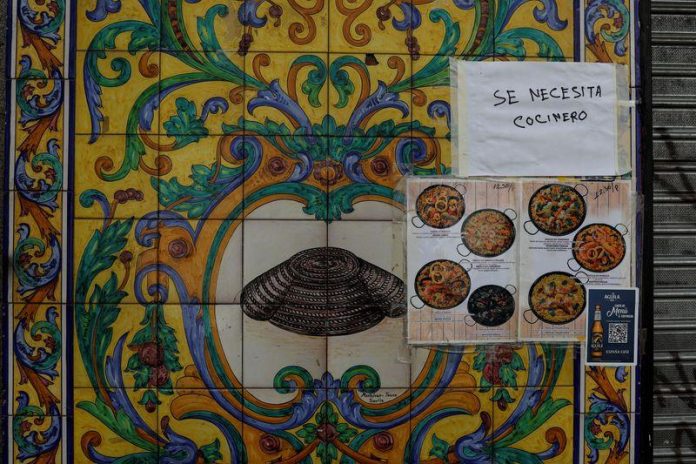 Spain’s labour market withstood soaring inflation and a crippling truckers’ strike in March to see a drop in unemployment, data showed on Monday, helped in part by reforms aimed at cutting the use of temporary contracts.

The number of people registering as jobless in Spain slipped 0.09% in March from February, or by 2,921 people, leaving 3.11 million people out of work, Labour Ministry data showed.

The number of people enrolled in social security programmes in seasonally adjusted terms hit 19.96 million, the highest in the historical series, after eleven months of consecutive growth, the Social Security Ministry said in a separate report.

Spain has long had high unemployment, largely due to the ease with which employers can fire staff in a market in which almost a quarter of jobs are held under temporary contracts. February’s 12.6% unemployment rate was still the European Union’s highest, according to Eurostat.

The government passed a labour reform in December as part of commitments to receive EU recovery funds that limits the legal use of temporary contracts and promotes employment protection schemes such as furloughs to avoid permanent layoffs.

In March, 1.7 million new job contracts were signed in Spain, of which a third were permanent, an increase of 148% over March 2021, according to Labour Ministry data.

“Despite the difficult times in which we find ourselves, unemployment in March has fallen by 2,921 people and we reached the highest number of permanent contracts in the historical series,” tweeted Labour Minister Yolanda Diaz.

Consumer prices spiked 9.8% in March in Spain, pushed up by energy and fresh food, after the country suffered two weeks of transport workers’ strikes that brought factories to a halt and emptied supermarket shelves.