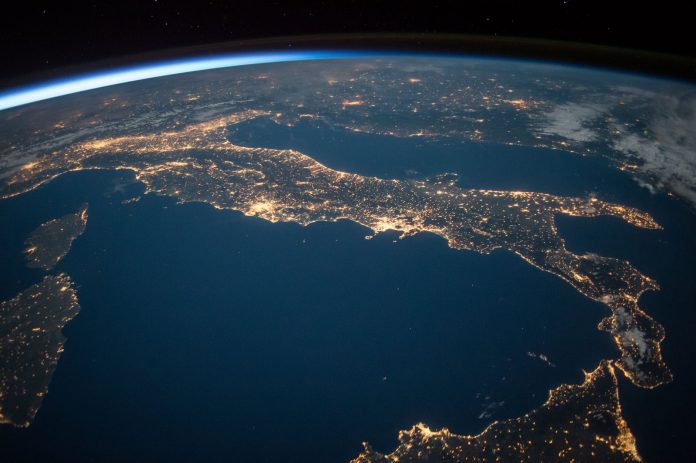 (IANS) The rapid growth of the anthropogenic space object population, including satellite mega-constellations’ that are placed in low Earth orbit to deliver broadband internet and other services, are increasingly threatening the orbital space, according to a team of international researchers.

The shell bound by the Karman Line at a height of about 80-100 km above the Earth’s surface and geosynchronous orbit at about 36,000 km is defined as the orbital space surrounding the Earth.

Researchers including from universities of Edinburg (UK), Washington (US), British Columbia (Canada), and astronomers from the European Space Agency (ESA) have called for immediate action to protect the orbital space around Earth by rules and regulations similar to those that safeguard the planet’s oceans and the atmosphere.

Writing in Nature Astronomy, the team argued that the rise in the number of satellites is polluting the night sky for astronomers and stargazers.

It is also increasing the risk of objects colliding in space and potentially even striking aircraft when they fall back to Earth.

“We rely on the orbital space environment by looking through it, as well as by working within it. Hence, we should consider damage to professional astronomy, public stargazing, and the cultural importance of the sky, as well as the sustainability of commercial, civic, and military activity in space,” the researchers wrote.

“We urge decision makers and policymakers to consider the environmental impacts of all aspects of satellite constellations, including launch, operation and de-orbit, and to work with all stakeholders to co-create a shared, ethical, sustainable approach to space,” they added.

While companies such as SpaceX and OneWeb are leading the way in placing satellite mega-constellations, others are interested, including Rwanda, which recently filed an application to launch 327,000 satellites in a single project, the Guardian reported.

“We really need to get our act together. This is about recognising that the problems we see in orbit are the same as those we see when we worry about the land, the oceans and the atmosphere. We need to knock heads together and say how can we solve this problem,” Andy Lawrence, Professor of astronomy at the University of Edinburgh, was quoted as saying.

The scientists argue that while there is robust regulation to ensure satellites are launched safely and transmit signals only within certain frequency bands, there is almost nothing to govern the impact of satellites on the night sky, astronomy, Earth’s atmosphere or the orbital environment.

The visible presence of so many satellites also undermines the ability to enjoy the night sky.

Further, they noted that light reflecting off satellites can ruin astronomical observations by leaving streaks across images, while their broadcasts can drown out the faint, natural radio signals that astronomers study to understand some of the most exotic objects in the cosmos, the report said.