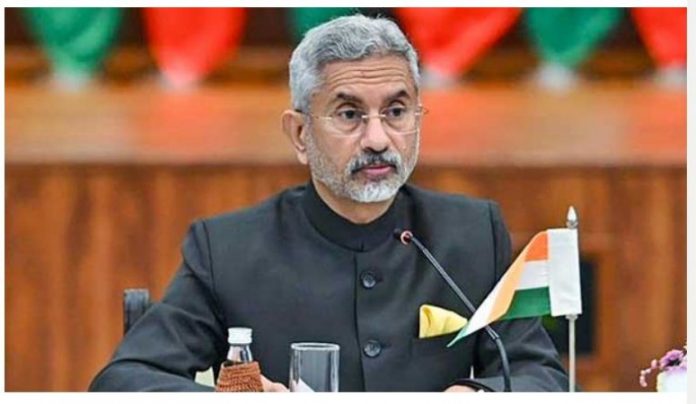 India has a clear position on the ongoing Russia-Ukraine war, External Affairs Minister S. Jaishankar said on Tuesday, stressing that New Delhi “urges a cessation of hostilities, return to dialogue and national sovereignty”.

During an interaction at the Raisina Dialogue, Jaishankar said the conflict in Ukraine is one of the most dominating issues at present “not only because of interests or values concerned, but also because of the consequences worldwide”.

“And there is a wide world out there where sustaining a rules based order is often an issue.”

When asked about India’s stand on the war, he said: “When rules-based order was under challenge in Asia, the advice we got from Europe was; do more trade. At least we are not giving you that advice.”

He also stated that what happened in Afghanistan clearly stated what was the rules-based order.

“We have to find a way to return to diplomacy and to do that, the fighting must stop.”

Talking about the wider consequences of the war, the Minister said “there will be no winners out of this conflict” and added that the immediate issue is the effect on oil and food prices.

When asked about what “three things that keeps him up at night”, Jaishankar replied: “The shocks that the international order is experiencing, particularly in the past two years — the Covid 19 pandemic, Afghanistan and Ukraine, and the friction between the West and Russia, the US and China.”

He also explained that Ukraine is not a precedent for China, such events have been underway in Asia for the past decade without Europe’s attention.

“So, this is a wake-up call for Europe to start looking at Asia. This is a part of the world with unsettled boundaries, terrorism, and continuous challenges to the rules-based order. The rest of the world has to recognise that problems are not ‘going to happen’, but that they are happening.”

On India’s role in the Western Indo-Pacific, the Minister said: “We need to reclaim our history. Our ties and trade were disrupted in colonial times, but in a more globalised world, we should focus on how we aim to rebuild and interact with each other, rather than through intermediaries.”

He also said that the aim should be to recreate the Indian Ocean community, look for solutions amongst and partner with each other instead of looking to countries far away.

“The Indian and Pacific Oceans have become much more seamless. It is increasingly untenable to see them in compartmentalised terms, which is part of a larger geopolitical shift.”

Talking about India’s actions towards climate change, Jaishankar said that from New Delhi’s perspective, there are two parts to the issue – one is climate action, and the other is climate justice.

“We need both… When it comes to climate action, everyone needs to do their utmost. But we also need to ensure that the more vulnerable, less-resourced countries and societies are supported.

“Today, we do need to find ways to work together – on connectivity, climate change, and India is prepared to step forward in a much more substantive way on these global issues,” the Minister added.