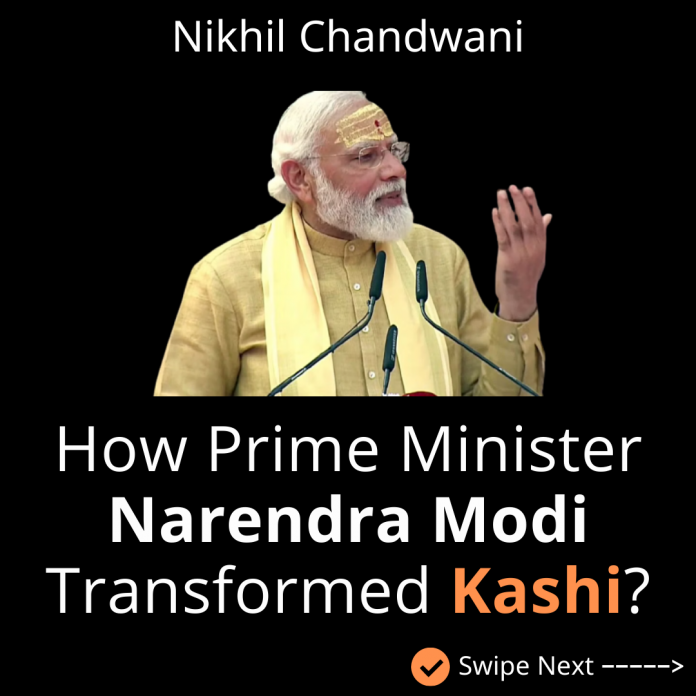 For numerous years after India gained freedom, the most elite politicians in India were distinctly uncomfortable with any idea that Indian culture could be marvelous. Be it Indian culture, ideas, or products – even when they were celebrated abroad, they barely attracted positive attention from the Indian political dispensation.

The mindset, the story, and apathy have been on a swift decline since the rise of the BJP and particularly since 2014. Today, the Indian government and its wings are not only reviving our heritage, but they are also helping other countries restore theirs as well.

If today, we are proud of our achievements, our gains, and our fellow citizens, it is because our leadership too takes pride in Indian efforts – however grand or fundamental they may be.

It took us more than 70 years to instigate the process of reversing a mindset looking down upon our own civilization and culture. But the last seven years have, of course, been most noteworthy.

The colonizers are long gone. The colonial mindset, too, is now eventually seeing the door out. One of the greatest examples of this can be found in the transformation of the oldest living city – in India and the world – Varanasi, or as we have always called it, Kashi.

Kashi is a city India has always revered. Every day, thousands of devotees from every corner of India stream into this holy city. They would brave narrow lanes, lack of facilities and clutter to have a darshan of Baba Vishwanath or a dip in the Ganga.

Such was the state, particularly in and around the mandir, the area would remain cramped, bustling with crowds of devotees throughout the day, but infrastructure almost never improved.

But isn’t it the duty of a government to ensure that devotees have a pleasant experience in which their complete focus is on Baba Vishwanath and not on avoiding troubles?

But now, it is all changing. Brick by brick, project after project, Varanasi is changing.

Be it the widening of National Highways, the up-gradation of the Panchkosi Parikrama Marg, Multi-modal transport terminals, multi-level parking spaces like at Gowdolia, the Rudraksh convention centre, the state-of-the-art sewage treatment framework or the Integrated command and control centre – the PM Modi-led administration went to work in Kashi with complete dedication and managed to make one of the oldest Indian cities even better.

It is for this very reason that the people of Kashi have embraced the restoration of Kashi’s glory so whole heartedly. Here is a person who is working hard to restore the glory of the heart of Indian civilization and making lives easier for its people who have aspirations of the twenty first century. That has been the vision of the people of Kashi, and it is this very vision that the PM has sought to implement in his duty towards the people.

The biggest and most magnificent upgrade for Kashi has been one offered to Baba Vishwanath – the Kashi Vishwanath Corridor.

Unlike the years preceding our independence, this impressive project has been envisioned not to enhance the splendour of a foreign empire, but that of our own culture, our country and India’s civilization.

Under the Namami Gange program, a flagship scheme that aims at abatement of pollution, conservation and rejuvenation of the river, several sewage plants have been constructed, which has cut down on the pollutants being discharged in the river. The sewage plants have been set up all along Ganga in many states while the existing one at Kashi was upgraded with modern equipment.

One of the aspects of the Smart City project for Varanasi has also been to connect the ancient with the modern. Heritage sites, ghats and historical monuments in Varanasi have been provided with ‘smart signages’ with Quick Response (QR) code. These signages give information to visitors and tourists alike about cultural importance of heritage sites and the 84 iconic ghats of the city which are known for their antiquity and architectural beauty. Sculpture signages have also been installed at the Assi ghat and Khidkiya ghat, providing information about various events like Ganga Arti at Dashashwamedh ghat, annual Naag Nathaiyya event at Tulsi ghat. The smart signage at Manikarnika Ghat and Harishchandra Ghat, where last rites of people are performed, is meant for people to know about the traditional rituals of these ghats.

This all-round development model that is sensitive to heritage sets the tone for the manner in which cities across India, many of which are ancient as well, can balance the twin needs of preservation and propagation of growth simultaneously. It is for all to see that today, a new leaf has grown on the Akshaya Vat of culture that is Kashi, that continues with its millenia-old traditions, where the sound of shabda have reverberated since time immemorial.