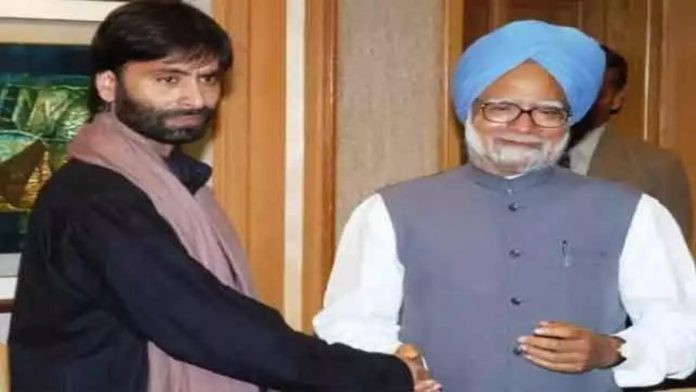 Hindutva is currently a matter of restless discussion for the Indian politics as it is overtly obliterating those old but powerful tendencies of society that was concocted to enshrine a sense of shame in Hindus about their religion and culture. Subsequently, Congress and its loyal minions in media in the garb of secular, liberal and intellectuals who were rewarded in the field proportional to their contribution, go amuck while toiling to make a tainted image of Hindutva and inject a false feeling of apprehension in Hindus so that nobody can dare talk about it dauntlessly. However, things didn’t go well for these lobbies after 2014, since BJP has been enthroned, chucking congress party out of power for ten years, and a widely admired Hindutvadi leader Modi transcended all heights of popularity in India and rectified all the wrong definitions of secularism and Hindutva designated rancorously by congress and its puppets publically known as journalists and writers.

The triumph over Congress was certainly a consequence of congress’s anti Hindu agenda and its astounding affection for terrorism. This party has been uncontrollably hijacked by Hindu hatred that they invented a new kind of terrorism for targeting and creating a shameful image of Hindutva and named it Hindu terror. On the contrary, these imbecile leaders have always been seen explaining how terrorism has no religion when terrorists manufacture chaos and disharmony in Kashmir wearing white skull caps and shouting Islamic slogans, and the previous government was so clement towards them and their families that their bodies used to be given to their families and cremated with honor.

Reminiscing all these hurtful incidents happened in the past, it truly feels like our govt was too weak to take any step of eliminating terrorism, but was intensely hateful that it blamed Hindus and Hindutva for terrorism, as it was a threat to their propensity of cajoling Islamists and pandering them to do anything against Hindus, as secularism was there to deter Hindus from questioning them, let alone outraging against terrorism. As the disease of secularism was unquestionably too dangerous to let Hindus say anything. It ended up being one of the main reasons why Hindutva ideology thrived and evolved like a movement against those who were purposefully trained to relish the pain of Hindus like Kashmiri Pandits genocide.

Hindutva has been embraced by Hindus rapidly as it was something that was importantly required for them to survive in an environment where terrorists were sympathized, but killed Kashmiri Hindus and their shrieks were mocked and buried in oblivion. Hindutva elucidates the importance of being resistant against these elements that were produced to entrench secularism in the minds of Hindus that stealthily promotes Islamic terrorism. After witnessing genocide like Kashmir, Hindus have factually had an epiphany of how dangerously Congress has played this game of betrayal and blood with them, and hatefully  damaged their spirits of showing resistance against Adharma.

When terrorists were pitilessly killing, raping and rending Hindus with mechanical saw in Kashmir, Congress was seen doing nothing at all for saving Hindus. Eventually, secular Hindus living peacefully with Muslims in the valley, expecting Bhaichara from their Muslim neighbors, and friends, were coerced to skedaddle from Kashmir. No retaliation, no effort of resistance was made because they expected the constitution, courts and police to save them. This was a glimpse of Dharma that teaches us that the whole world is our family, but it was a fault to believe in this quote in a society where others were seeing them as Kafirs. Consequently, even their screams couldn’t reach Supreme Court which strongly states that it stands for all. But standing for Kashmiri Pandits and protecting their fundamental rights was ostensibly a threat to that old definition of India weaved by Congress. For which even Gandhi urged or say bluffed Hindus to be secular even if it means being killed for secularism by Muslims.

Fortunately time has changed. Hindutva has powerfully flourished in India, and helped Hindus comprehend that nobody stood for them, nor will, if they keep crawling on this false sense of pride in floating on secularism that made Former Congress Pm laugh and dine with those terrorists who killed and raped Hindus including army officers. This is how Indian secularism turned to be an exquisitely weaved façade for politicians and anti Hindu elements to attack Hindus. Hindutva has brilliantly exposed this fabricated secularism, and unleashed how detrimental it could be for Hindu community to adhere to it. Hindutva has coherently taught how secretly the concept of secularism was molded to obscure Hindus, and hesitation to question was sown in them. It’s Hindutva that unclothed the reality of political terrorism which was cavorting in the parliament. Hindutva unveiled the truth that was categorically shackled by Congress about how our culture was tarnished and barbarity of Islamic rulers was glorified. It’s Hindutva that taught us to fight for our rights, resist domination of political vultures, and snatch what was ours.

While depicting the significant role of Hindutva for resuscitating Hindu glory and galvanizing this movement against terrorism, we must not forget to unsee the efforts of Bjp and Hindu Groups which fought and survived even in the violent environment of Congress and other political parties that have uncanny penchant for squelching any kind of threat to them. Now BJP is in power, and Hindutva is soaring up, it’s not because it is vigorously strengthening Hindu community and making Hindus know what they require to live peacefully and safely in this country without bowing down to secularism that wants them to worship their killers and rapists. Which is why all the lobbies known for promoting secular terrorism and injecting meekness in Hindu community, are seen squirming painfully and abusing BJP indecorously and Hindutva, pretending they are only disparaging this ideology that exposed them completely, not Hinduism.

The irony is, these journalism, politicians, and writers were known for their liberal thinking which inspired them to be ashamed of their Hindu identity albeit Hindu identity was the main eligibility for their jobs, and rewards. As a Hindu hater with a Hindu name is utterly a bonus point in the business of liberalism. These people have always targeted Hinduism for any personal or professional reason without having any iota of knowledge about it. Now these dunces look ridiculous when they try to tell Hindus the differences between Hinduism and Hindutva for their agenda of shredding Hindu unity which has been overtly created by Hindutva. They are actually scared of the outcome. They fear what will happen if Hindus abandon secularism, then how they will defend Islamic terrorism and target Hinduism time to time for their activism? They unmistakably know that now their attempts to use Hinduism for showcasing their liberalism can make them land in difficult situation as Hindus won’t entertain them anymore which they have experienced in these years.

It’s apparent that they fear this unity can destroy their dreams of seeing India fragmenting into smithereens and Hindus fleeing this country. It’s because Hindutva has taught Hindus to resist, outrage against the wrong, and be unapologetic about Dharma. It has ignited the urge to follow Dharma proudly which was almost stifled by Congress and its poisonous secularism. Hindutva has eradicated this disease of being allergic to the truth which is deemed dangerous by those who thrive on lies. Hindutva has snuffed out this confusion of Hindus as to why politicians, journalists and celebrities tend to be wary while saying something about other religions. It has fairly showed why Hindus must not fall in the snare of secularism which demands them to let terrorists slash their throat and dismantle their temples. It has explicitly explained why Dharma matters the most, familiarizing them with the destruction of flourishing countries which have been lost. Hindutva clearly emphasizes the need of retaliation against the evil, and it demands us to resist the unwanted, and fight for the existence. Therefore, trampling all the things that want us to be fixated on finding jobs, working for the govt, and adopting new ways of practicing Dharma as per secularism, Hindutva has been engraved in Hindus so deeply that it destroyed tolerance against terrorism, and people who enjoy attacking Hinduism. Hindutva has inspired Hindus to abandon meekness, rather be defiant if instigated. Therefore, Hindutva is unequivocally a savior of Hindus which not only protects Dharma but terrifies those who label it as terrorism, but ironically, they are reluctant to accept the religion of terrorists shouting Allah -hu – Akbar in Afghanistan, and Pakistan for getting 72 virgins in heaven.