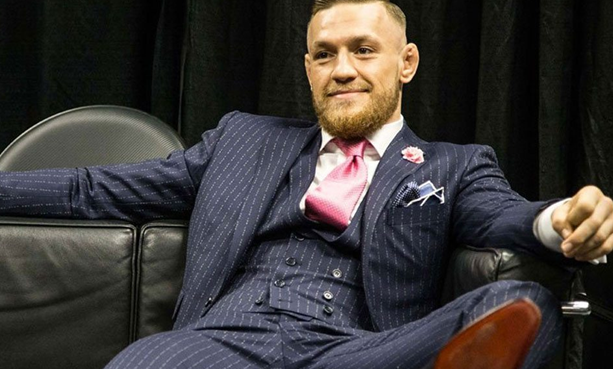 There was a time when no one paid attention to the appearance of athletes. Everyone was interested only in what these players could show on the field or in the ring. But as sports became an increasingly popular form of entertainment, direct attention to the athletes, their behavior and appearance began to grow. The guys that will be discussed in this article clearly have not missed fashion lessons. Perhaps they could even give them themselves.

Lewis Hamilton is known around the world not only as the winner of seven Formula One titles, ex-boyfriend of The Pussycat Dolls vocalist Nicole Scherzinger and MBE but also as an important front-row guest at the most important shows in the fashion world. He focuses his attention on the trends of the fashion world, often choosing bright and sometimes surprising clothes. Hamilton’s fashion achievements include his personal collection of clothes and his debut as a fashion designer with the Tommy Hilfiger brand.

To remain in the spotlight, an athlete needs to constantly show high results. Last season, the Briton lost the F1 championship to Red Bull’s Max Verstappen, but this year the Dutchman is having problems at the start of the season. If you want to bet on the results of the next race, you can choose Betway bookmaker to do so.

David Beckham completed his sports career back in 2013 but still has no equal in terms of style. He is not afraid to experiment with his appearance, and he does it successfully. This is supported by the fact that H&M even offered him to launch his own menswear line. David perfectly combines classic suits with sneakers, wears elegant coats, and knows how to select spectacular looks in various styles and colors.

In addition to success in sports, four-time NBA champion and two-time Olympic winner LeBron James conquers everyone with his appearance. With his two-meter height, the basketball player prefers bright details and catchy accessories in each of his looks. At the same time, James has a great sense of proportion: his images never look out of place or pretentious, but are always original.

Deion Sanders was one of the most prominent representatives of American sports in the 1990s. In addition to being an American football and baseball pro, he was a master of fashion. Curls, big chains, and voluminous suits were his hallmarks in those days. Sanders once said, “If you look good, you feel good. If you feel good, you play good. If you play good, they pay good.”

The style of the Irish mixed martial arts wrestler is as much a part of Conor as his fighting skills. Thoughtful clothing styles are a key feature of Conor’s traditional style. He regularly attends various events in elegant, stylish tailored suits. Quite often, he favors the classic three-piece suit design, which includes a vest. When it comes to colors, gray and blue are his favorite shades. However, he does not mind clothes with a pattern, such as checks or stripes. David Beckham introduced classic black and white into men’s wardrobes, while Conor made everyone order colored threes.

Japanese footballer Hidetoshi Nakata left his sports career back in 2006 but has not disappeared from the view of journalists to this day. One of the reasons for this is his style. Nakata successfully dilutes his impeccably elegant looks with eccentric details: he puts on long scarves, rolls his trousers up to his ankles, or uses an umbrella cane as a stylish accessory. For his ability to dress stylishly, journalists called Hidetoshi “Asian David Beckham.”

Former American football player Victor Cruz showed the world how beautiful denim shirts are combined with a black bow tie. Experiments in the field of style are so good for Victor that the world-famous clothing manufacturer Hugo Boss at one time made the athlete the face of its brand.