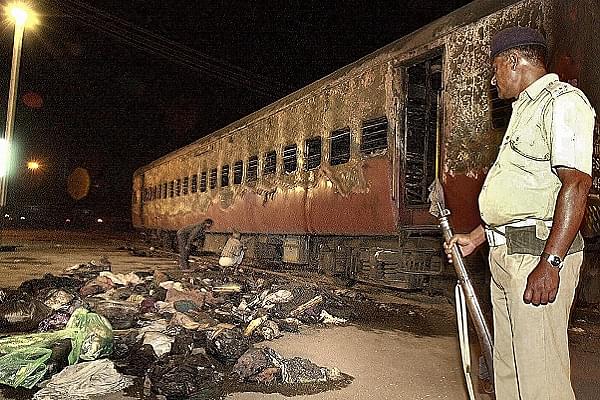 After a long fight of Hindus for restoring the glory of Hinduism, Ram Mandir is being constructed speedily. Although, Hindus have been betrayed, rebuffed, and killed for this temple, as the previous government was not too secular to let Hindu have their pride. At times, in order to cajole or say bluff them with false promises, the political parties used this land which was termed disputed by Indian historians, and politicians, and secularism was imprinted on this land where now the Ram Mandir is under construction. Hindus patiently waited for decades to get justice and land of the temple which was dismantled by Babar, and the mosque was constructed. The Hindu faith in constitution helped them get justice and all that was snatched from them. Hence, Hindus have constitutionally restored their pride and paid their obeisance to those who sacrificed their lives for this temple, and those who were betrayed and killed. The temple which is going to be an epitome of Hindu splendor,  will always vividly remind Hindus of the people who had offered their breaths for this glorious symbol they had to fight for centuries.

When we think of Ram Mandir, we must not forget what happened to Hindus when we strongly demanded the govt to resurrect our pride and it is utterly saddening when the awful memories of incidents nudge us, reminding of what our govts did with Hindus in order to safeguard their vote bank and diffuse fabricated secularism which was always against Ram temple. It’s been 20 years when the Hindu karsevak were cruelly burnt by a Muslim mob in Godhra (Gujarat) on the morning of 27 Feb 2002. When the Hindus along with their children and women were returning home from Ayodhya, a Muslim mob of 1000 – 2000 people were eagerly waiting to expose their hate at Godhra Railway Station with petrol soaked rags. It was wickedly planned to kill Hindus. Consequently, the train was set ablaze by mob, killing Hindu men, women and children with this fire of Islamic hate. The screams of those burning Hindus were only heard by Hindus, as secularism of India wasn’t qualified for deploring these killings. Even the central government was determined to clothe this communal violence and protect the criminals, however it is believed that this violence has clearly played a role of fuel for the Gujarat riots 2002 which is excessively talked about by liberals and their political masters, but they hardly talk about Godhra train burning, as it exposes the real disgusting face of terrorism which happens to be their main vote bank.

In India, secularism is unquestionably a symbol of hypocrisy as it never stands for the Hindus, it never mourns Hindu lynchings, it never yells for protecting Hindus, then the question is, what it does? All it does and talks about, is minority and veils their sinful desires against Hindus. It has been 20 years, still political parties except Bjp say nothing about this incident, because secularism sews their lips. There are many reasons behind it. First, Islamists don’t entertain seculars, and their sophistry. Second, they don’t even mollycoddle liberals. Third, they factually don’t wait for the courts to punish the offenders, rather they believe in taking direct actions. The fear is overtly exhibited time to time. Godhra, and recent Hindu lynchings prove it fairly.

When the mob with white caps kills, burns and lynches, secularism rests calmly underneath those caps and even snores. It has an evil penchant for discovering the religion of the victim before any flak, that’s what happened in Godhra, Karsevak killings, and recent Hindu lynchings, seculars generally don’t speak until the victim is Muslim, they vociferate against 2002 riots, but cackle watching a Muslim comedian mock the Godhra killings. Yes, it’s fun for them. Moreover, Seculars advise Hindus to be more clement towards Muslims when violence is fueled by Muslims, delineating them as scared victims. On the other hand, they vilify Hindus maliciously whenever they detect a Muslim victim. This is secularism of India which cries for terrorists, and advises us not to know the religion of them, but names Hindu terror when Hindus oppose Muslims and liberals who routinely target Hinduism and adore to make derogatory comments on Hindu rituals for showcasing their selective activism. I hope this is not surprising anymore as Indians are aware of such hypocrisy and insanity of liberals and seculars who have clinched high posts in media, literature, and politics.

Godhra incident is an important reminder for Hindus to remember that if they seek any kind of help from political parties, seculars and activists in a hazardous situation, they are prone to get engulfed by communal violence nurtured by political parties and lame judiciary. As they can be killed, burnt, and affronted, but still judiciary will be unable to name their killers if seculars and liberals stand by them. And even if the court sentences criminals, liberals write hundreds of book flooded with blatant lies to victimize the criminals. That’s what Godhra has noticeably taught us. Nobody can freely say that it was done by Muslims, because secularism is extremely offended whenever the criminals are Muslims. So no sympathy is seen for Hindu lives.

Why is secularism a snare for Hindus? Even wondered why? Since the day it was stealthily embedded in the soul of Indian constitution, rending its heart and snuffing out its authenticity. Secularism is a well decked snare for Hindus. Godhra Incident happened in the bright sun light, still it was not coined as terror, because the culprits were beloved by secular leftists, therefore they even didn’t feel the need to condemn this violence, and express condolences, as they were fixated on creating figments to delineate this pre-planned violence as an accident, in order to muffle the facts that were evidently implying the presence of Islamic terrorists. However, nobody could say this without hesitation.

This corrupt definition of secularism has been hammered by Modi govt, subsequently these lobbies of hypocrisy are squirming like a person seething with unconquerable anger. They yell, pretest, abuse, and attack Hinduism as they opine it will surely hit the nerve of BJP. Crossing all limits of healthy politics, sanity, and decorum, they pick up profanity and use it against the party, but end up scratching Hindu sentiments. Secularism is explicitly a safety valve for a particular community and their sympathizers. Whenever everything fails to protect them, theory of secularism saves them. Now things are changing. That time when terrorists used to be cosseted and protected by Indian politicians, and journalists would name them misguided youths, is gone. Now the terrorists are eliminated, and their sympathizers in media don’t even come out of their rat holes and interview their families to weave a new story brimming with lies and phony helplessness. Furthermore, that hackneyed phrase ‘Terrorism has no religion’ is no longer valid to bewilder us to contemplate why terrorism becomes secular, when terrorists are Muslims. For, we have been told about Hindu terror which doesn’t even exist by liberals and leftists. This frivolity of leftists is ridiculous and amusing as well, as it shows how unauthentic their journalism and secularism is! It’s not possible to elicit truth from a liberal, leftist, and secular person,  but if one talks about Godhra and ask them about the culprits, they will offer you hundreds of their researches on how Hindus were burnt, and conclude it with a line ‘It was just an accident, Muslims have nothing to do with it’. And secularism concurs, but Hindus keep on pressing their unforgettable agonies and bury their screams in oblivion, because we are deliberately squirming in this abyss of secularism, and we are continuously forced to believe that it’s progressive to stay silent.