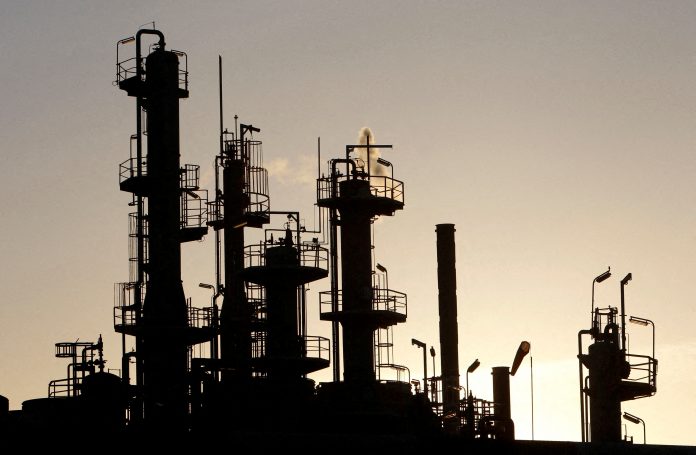 By mid-February, the tension between Russia and Ukraine had been steadily pushing oil prices skyward. Oil prices shot up by over 2% to touch on their highest prices in more than seven years, with Brent Crude Oil worth $96.48 a barrel. Natural gas in Europe has chiefly been sourced in Russia for some time, as Russia is one of the world’s biggest oil producers. “Any disruption of oil flows from the region would send… prices skyrocketing… in a market struggling to supply the increased demand for crude as economies recover from the pandemic”, explained Nishant Bhushan of Rystad Energy.

On February 21st, the political tension escalated when Russian President Vladimir Putin formally recognized the independence of Luhansk and Donetsk Oblasts, the two Ukrainian regions where breakaway states had established themselves independently of Ukraine sovereignty. Putin then sent in his own “peacekeeping forces” to the regions to make contact with the breakaway states’ militaries. In the wake, natural gas prices in Europe surged by 13%, helped along by the announcement of German foreign minister Amalena Baerbuck that approval of the Nord Stream 2 gas pipeline between Russia and Germany would be suspended. Brent Crude Oil went up to $99.50 a barrel, before dropping back to $97.58 and European coal leaped up by 7.9%. Let’s take a closer look at the oil and natural gas situation with this oil trading news brief.

The Revival of the Dead

The arrival of Covid-19 in March 2020 dealt a blow to oil demand, which found itself down by 25% within weeks. Saudi Arabia, one of the world’s biggest oil producers, tried to arrange a swift slowdown in production to support prices. Russia decided not to cooperate, after which a price battle began within OPEC plus for about a month. OPEC plus then agreed to make the biggest production cuts in its history, sending US benchmark WTI oil all the way to minus $40 a barrel. Not surprisingly, thousands of jobs in the oil industry were lost.

There were hopes that effective Covid vaccines would strengthen the world economy and pump up oil demand, but the pace of the recovery surprised analysts. “How quickly and how violently it turned around in the opposite direction!” an analyst from the Gunvor Group commented. Although demand was only at 70% of pre-Covid levels in April, it was up to 90% in Q3 2020.

Soon after 2021 rolled around the second wave of the virus struck, but oil consumption still would not fall below that level. By mid-year, the problem shifted, as long-term under-investment in energy meant supply was not ready to meet the growing demand. This situation, predictably, began to push oil and gas prices upward. Then came the arrival of the cold weather in September, and the need for heating, which propelled oil prices over and above any level they had touched within the previous seven years. Climbing prices contributed to the more general challenge of inflation, and the calls of world leaders for beefed up oil production seemed to leave their green energy goals forgotten.

The effects of the Ukraine standoff were not only felt in the financial markets, but “Will undoubtedly send fuel prices inexorably higher toward the grim milestone of 1.5 pounds a liter” in the UK, suggested Simon Williams of RAC. Other, more general, consequences may include dampened consumer spending due to higher fuel prices, slower economic growth, disruptions in supply chains and risks of cybercrime, according to JPMorgan & Co., who were also concerned that the crisis could further dampen investor sentiment. Stock markets around the world were in a sensitive state near the end of February 2022, due to imminent central bank hawkishness and high inflation, and the geopolitical crisis threatened to add to their troubles.

JPMorgan also suggested that oil giants like Exxon Mobil Corp and companies involved in defence like Lockheed Martin could see improved revenue as a result of the situation. Another possible outcome from the massive gains in energy stocks is that oil producing nations like Saudi Arabia could find themselves strengthened.

Peering Down the Road

Russel Hardy, the CEO of Vitol Group, which is the biggest independent oil trader in the world, sees a bearish future for oil prices this year, saying, “Demand is going to surge in the second half” of 2022 such that prices could settle above $100 a barrel for a “prolonged period”. Demand is expected to remain robust, as long as economies are able to continue their recoveries from the effects of Covid.  Those involved in oil trading as CFDs in weeks to come should watch the situation in the Ukraine closely and, as always, stay in touch with high quality market analysis. Finally, watch out to see if OPEC plus accedes to US demands to increase oil output.