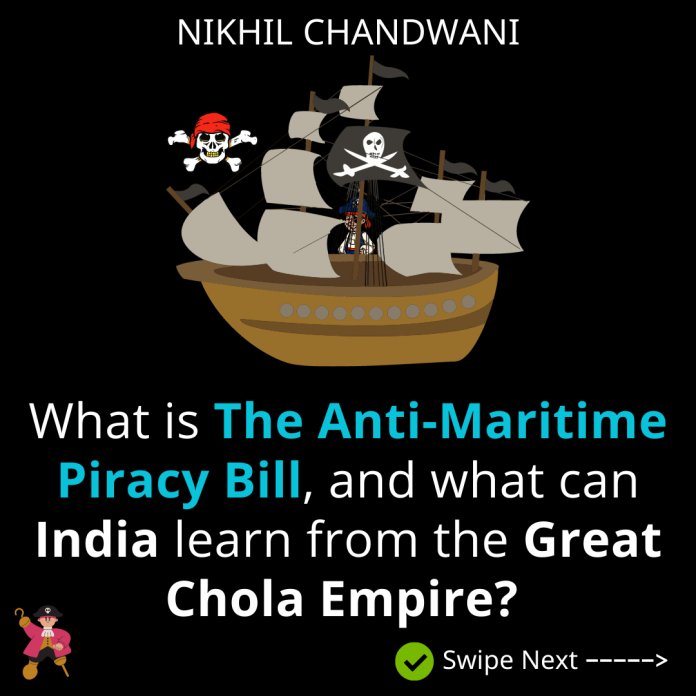 Why should this law become a reality?

Thousands of years ago, our great ancestors from the Chola Empire understood the dynamics of piracy and why they should be stopped. Chola Empire was the pioneer in creating and maintaining the world’s greatest navy, and their fight against piracy was the reason they were able to secure islands across oceans. Chola captured smaller islands to create a network of lighthouses and outposts with parked armies to secure shipping routes. Their stand against piracy and strict action against the pirates made them a leader and guardian among the Chinese and the Persians as well. They were leading the Asian subcontinent with ease because the waters were safer under their control.

In one particular instance, the Cholas went as far as to capture and overpower Kamboja (modern-day Cambodia) and gave it to the Sri Vijaya kings (as per their request) to ensure cooperation in curbing piracy.

India can rule the seas again and become a leader of the ocean in Asia like the great Cholas if it takes definitive action against maritime piracy. Until today, prosecuting pirates who are captured beyond these territorial waters is a challenge because India does not have a domestic law on maritime piracy. However, this can change if the bill is passed. The world will feel secure if India secures the oceans again, and this bill can ensure that.