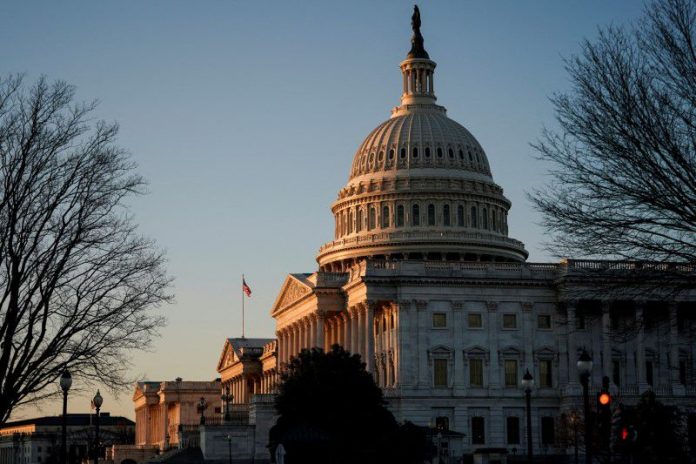 The U.S. House of Representatives on Wednesday voted to rush $13.6 billion in aid to Ukraine as it battles invading Russian forces, along with $1.5 trillion to keep U.S. government programs operating through Sept. 30 and avoid agency shutdowns this weekend.

The House approved the wide-ranging appropriations in bipartisan votes, sending the legislation to the Senate which aims to act by a midnight Friday deadline when existing U.S. government funds expire.

The aid for Ukraine is intended to help bolster its military as it battles Russian forces and provide humanitarian assistance to citizens, including an estimated 1.5 million refugees already seeking safety abroad.

House Speaker Nancy Pelosi indicated that the $13.6 billion is likely to be just the tip of a much broader aid effort.

“All of us will have to do more” to help Ukraine in coming weeks or months and over the long-term to help it rebuild, Pelosi told reporters at her weekly news conference.

She was mainly referring to the United States and its NATO allies.

The House also passed legislation, by a vote of 414-17 to ban U.S. imports of Russian oil and other energy in response to its attack on Ukraine. Fifteen Republicans and two Democrats opposed the measure.

Passage of the bill came one day after President Joe Biden used his executive powers to impose such a ban. The House measure put lawmakers on record as firmly supporting the U.S. trade ban. It also calls for reviewing Russia’s participation in some international trade programs, such as the World Trade Organization.

Lawmakers abandoned an effort to attach language revoking Russia’s permanent normal trade relations status, which would have allowed the United States to raise tariffs on Russian imports above levels afforded all WTO members.

The U.S. government funding bill passed following a revolt from Pelosi’s own Democrats who objected to a $15.6 billion COVID-19 aid initiative because of the way it would have parceled out money to individual states. The money was to be used for research and to stockpile vaccines for possible future spikes in COVID-19 infections.

Following hours of delay, Pelosi had the provision deleted to clear the way for quick passage of the Ukraine money and the “omnibus” $1.5 trillion in federal funding.

Democrats hope to revisit the COVID aid next week in separate legislation.

The Ukraine aid package, DeLauro said, would “help the Ukrainian people in their most desperate hour of need.”

Republicans also applauded the measure – a rare display of bipartisanship in the deeply divided Congress.

“We must get this bill to the president’s desk as soon as possible to respond to these acts of aggression,” said Ken Calvert, the top Republican on the defense subcommittee of the appropriations panel.

He was referring to Russia’s invasion of Ukraine and specifically the bombing of a hospital earlier on Wednesday. Failure, he added, “would undoubtedly demonstrate weakness on a global scale.”

With money for the federal government due to run out at midnight on Friday, the Democratic-controlled House also unanimously approved a separate measure to keep the government funded through Tuesday.

This was seen mainly as a housekeeping step so that congressional clerks would have enough time to process the sprawling omnibus bill following House and Senate passage. That clerical work could extend beyond the midnight Friday deadline.

“The bipartisan funding bill is proof that both parties can come together to deliver for the American people and advance critical national priorities,” Young said in a statement.

The omnibus spending plan will boost funding for domestic priorities, including money for infrastructure passed under an earlier bipartisan measure to revamp U.S. roads, bridges and broadband internet.

The plan includes $730 billion in non-defense funding and $782 billion for the U.S. military.

Amid fears that Russia and other “bad actors” could wage cyber attacks against U.S. infrastructure, the government funding bill increases the Cybersecurity and Infrastructure Security Agency budget by $568.7 million for a total of $2.6 billion for this fiscal year.

In its continuing attempt to unravel the Trump administration’s “Remain in Mexico” immigration policy, the bill provided no additional money for immigration hearing facilities that support the program, which forced tens of thousands of migrants to wait in Mexico pending resolution of their U.S. asylum cases.