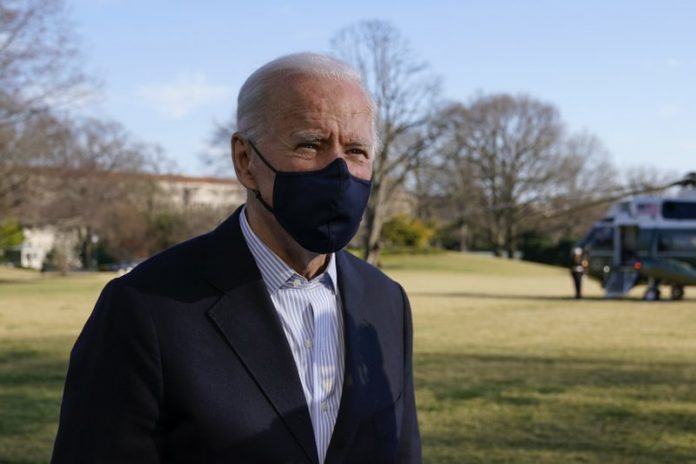 President Joe Biden’s administration can continue to rapidly expel migrant families caught crossing the U.S.-Mexico border, but should not send them anywhere they could be persecuted or tortured, a federal appeals court ruled on Friday.

The ruling by a three-judge panel of the U.S. Court of Appeals for the District of Columbia Circuit lets the government keep in place restrictions first implemented under Democrat Biden’s Republican predecessor Donald Trump in the early stages of the COVID-19 pandemic.

A group of affected migrants, represented by the American Civil Liberties Union and other non-profit organizations, challenged the legality of the expulsion policy, known as Title 42, in court.

The appeals court decided that the migrants covered by the policy likely “have no right to be in the United States” and that Biden’s administration “can immediately expel them.”

It added that the administration “cannot remove aliens to a country where their ‘life or freedom would be threatened’ on account of their ‘race, religion, nationality, membership in a particular social group or political opinion'” or “to a country where they will likely be tortured.”

The Justice Department declined to comment on the ruling.

Biden has fought to retain the Title 42 order, which was issued by the U.S. Centers for Disease Control and Prevention (CDC) in March 2020 as a pandemic-related public health measure. Many in Biden’s party have joined some health experts and pro-immigrant advocates in opposing the order, saying it unlawfully cuts off access to asylum and is not supported by scientific evidence.

Biden reversed some of Trump’s hardline immigration policies after taking office in January 2021. But government data shows that his administration has expelled migrants more than a million times under the Title 42 order. The total number of migrants expelled under the policy is not clear because many have crossed the border more than once. Most of those expelled have been single adults.

The ruling raises the possibility of the U.S. government having to conduct screenings to determine whether or not a person caught crossing the border has a reasonable fear of persecution or torture if expelled.

Such screenings would make it difficult for the Biden administration to continue large-scale expulsions of families at the border, according to Aaron Reichlin-Melnick, policy analyst with the American Immigration Council, a pro-immigration group.

A federal judge ruled last September that the Title 42 policy could not be applied to families, but the Biden administration appealed that decision.

Early in his presidency, Biden exempted unaccompanied children from the expulsion policy. But a federal judge in Texas ruled in a separate decision on Friday that the Biden administration could no longer grant such an exemption.

The Texas ruling, which is at odds with another U.S. District Court order in 2020 blocking expulsions of minors traveling alone when caught at the border, goes into effect in seven days, giving the Biden administration time to appeal.

Border arrests soared to record levels in 2021, Biden’s first year in office, and could climb even higher this year, U.S. officials told Reuters in January.

Republicans have made immigration a major focus heading into the Nov. 8 midterm elections in which they are seeking to regain control of Congress from Biden’s party. Republican majorities in Congress could stymie Biden’s legislative agenda.