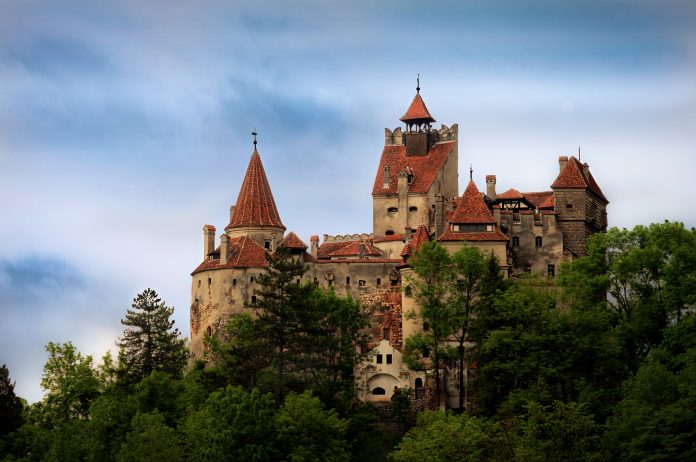 Ive recently had the chance to travel to Romania, to a city known as Brasov, in an area you might know under the name of Transilvania. Yeah, that`s right, Romania is the country of the legendary vampire Dracula. Anyway, my first stop was in Bucharest, the romanian capital, stuck in the airport while waiting for my connection to Brasov to depart. Couple of hours later i was finally in Brasov, checking in to a pretty nice hotel, that most importantly had an internet connection. Didn`t expect this one in Romania, since I pretty much came with the usual misconception when you travel to Romania, that it`s a poor country.

First thing i did after that? You guessed it! Took my romanian friend and went straight to Bran castle, known as home of Vlad The Impaler, or Dracula as you might know him. It`s an old castle, built in the 14th century to defend against the Turk invaders apparently, with turrets and white stone walls, overall not at all the grim, dark, menacing castle of Dracula that I was expecting. The coolest thing i saw there was the fountain from the front yard that hides an underground passage. Visiting a 600 year castle that disappoints you? Couple of dollars as price of admission. Beeing able to tell your friends that you visited Dracula`s Castle? Priceless! Never forget, that if you travel to Romania you come and see this castle. Bragging rights are included after that and if the castle isn`t enough, your friends faces when you tell them are well worth the trip.

Bran Castle is a castle in Bran, around 25 kilometres southwest of the next discussed Brașov. It is a national monument and landmark in Transylvania. The fortress is on the Transylvanian side of the historical border with Wallachia, on road DN73.

I have to say, the Brasov area that I visited was especially nice. It`s a pretty big town by romanian standards, stuck between beautiful mountains, with lots of nice places to visit in the area. The Bran Castle, the Black Church, the mountain resort Poiana Brasov, the ski slopes and the superb style of the old german houses that you can see in some areas of the city, all are worthwhile things to see if you`re in the Brasov area.

Honestly, I can`t cover all the things i saw in Romania during my two week stay in one single article. Consider this the beginning of a small serial of articles covering a few of the magnificent views you can see when you travel to Romania.