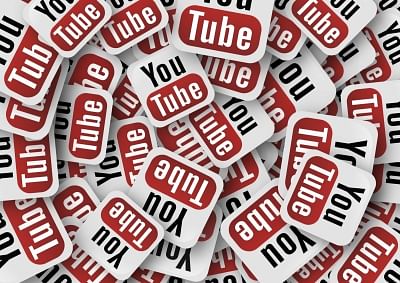 (IANS) Several Youtube channels in India are drawing profits from quack health cure videos, for children with behaviour problems and asthma that may adversely affect health if followed, media reports said. According to a Daily Mail report, there were dozens of videos glorifying the use of homeopathic remedy medorrhinum, even on children.

Medorrhinum is made out of the urethral discharge of men with gonorrhea – a sexually transmitted disease. The US-based National Center for Homeopathy says it can treat asthma, epilepsy, warts, period pain, and even psoriasis, the report said. YouTube ran advertisements for various companies during the videos that were largely from channels based in India and clocked up more than half a million views.

The Google-owned video-sharing platform earns its money from advertisers based on the number of views the advert gets. The online giant places adverts on videos that have been monetised by the uploader. A YouTube spokesperson said it prohibits content that encourages “dangerous or unlawful activities”, including videos promoting the sale of illegal substances.

“Medorrhinum is not a known illegal or regulated good and therefore not in violation of our policies,” the company was quoted as saying.

A video, filmed by Mumbai-based homeopathic consultant Dr Jawahar Shah, advocated giving medorrhinum to children who have symptoms of attention deficit hyperactivity disorder (ADHD). “Children who are rude and aggressive, throw temper tantrums, who fight with other children, especially during the day and who can kick and strike their parents or relatives can be (given) medorrhinum,” said the video, which has more than 30,000 views.

“At night these children become very playful and affectionate. Such behaviour can be expressed by the phrase ‘cross by day, merry by night’.” On another channel, Dr Saptarshi Banerjea, with 50,600 subscribers and more than 50 videos on homeopathy, said medorrhinum can treat children who seem both “cruel and compassionate” or an “introvert but sociable”.

In the video, which has more than 150,000 views, he said it is a “fantastic treatment” for people suffering from bi-polar disorder or schizophrenia, because they display “extreme types of behaviour”, the report said. There are also videos advocating magnesium as a “cure” for autism.

However, experts have raised concerns over the health risk posed by such videos. Former NHS England chief Simon Stevens previously accused homeopaths of spreading toxic “misinformation” about vaccines and posing “a significant danger to human health”.

“Homeopathic remedies are almost without exception so diluted they contain no active ingredient at all, but that does not mean they are harmless – as this investigation shows,” Michael Marshall, project director at the Good Thinking Society, was quoted as saying. Homeopathic pills “can offer no help when it comes to conditions like ADHD, bi-polar disorder and schizophrenia” and children given homeopathy “in lieu of real medication could suffer a potentially life-threatening asthma attack”, he warned.

YouTube has previously come under fire for hosting health videos with harmful health content – most recently after a study found a quarter of its most-viewed Covid videos in English contained misleading information. It has also previously monetised videos promoting fake cancer cures by running adverts for major brands before they played, the report said.

Homeopathy is an alternative ‘treatment’ based on using heavily diluted samples of substances – often flowers – that dates back to the early 1800s. It is based on the principle of ‘like cures like’, the belief that materials known to cause certain symptoms can also cure them.