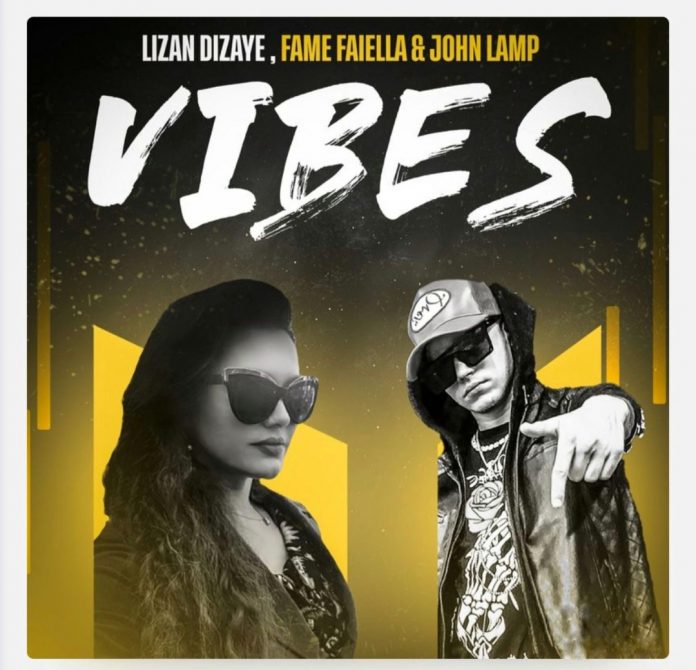 As you know it was stated In many magazines, that the dutch artist lizan collabs with the american artist famefaiella & the german producer Johnlamp on their new song “Vibes”. Lizan posted to her Instagram on (February 8)  stated in thisis50 and Medium magazine, promising she and famefaiella & johnlamp have a masterpiece on the way and according to magazines and news the upcoming collaboration to be “special.”

Fans got excited soon on (Feb 10) lizan, john & fame posted their first short video snippet of their song vibes, and on 19th of feb they posted another short video that vibes will be out on spotify on 04-3-2022 and in all other stores & platforms, the short video soon went viral on instagram fans started to ask for more and ask for the fullsong date, So on friday (04-3-2022) lizan, famefaiella & john released vibes full song on spotify deezer and more platforms it soon reached thousands of streams soon after lizan john and fam got futured on billboard in time sequare NYC. Vibes full video release is out now.

“Lizan dizaye” who is a famous singer songwriter, model, climateactivist & wfpusa ambassador & awardwinner, beautypageant, who also collabed & worked with iconic artists like famefaiella and many more high recomended artists, lizan stated in magazines me and fam & johnlamp first of all, we bestfriends, like a family,” she said. “And 2022, will be the bomb full of new releases. Lizan, john & fam stated to their fans never give up on your dreams you live once so work hard. And your dreams will come true. You can find everything about lizan, john, and famefaiella on the links & stay tuned for more.