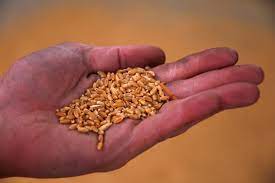 Phones are ringing off the hook in Australia as buyers hunt for supplies of coal, gas and wheat to replace cargoes from Russia and war-torn Ukraine, but local producers are being hampered by infrastructural and labour constraints.

In wheat, as the world’s sixth largest exporter, Australia is set to ship a record 25.3 million tonnes this year, but trucking, rail, port and staffing constraints mean it won’t be able to fill supply gaps at least in the near term.

All the shipping slots are booked up for the next few months on the east and west coast, following a second straight year of a record wheat crop, which has kept a lid on Australian wheat prices compared to the Chicago Board of Trade prices.

“We simply can’t get as much out of the country in time to benefit from the global prices at the moment,” said Rabobank agricultural analyst Dennis Voznesenski.

He said Asian buyers who typically only place orders a month or two in advance are already tapping Australia merchants for grain in June and July, when they would typically rely on supplies from the Black Sea.

His company is facing calls from wheat growers and coal miners who need loaders to get their products to port and onto ships as fast as possible, but there is a shortage of equipment to do the job.

Amid a global shipping crunch, the lead times for acquiring loaders from overseas has blown out to 12 or 13 months.

“So, yes, there is a bottleneck now,” Cooney said.

Trucking company Riordan Grains said even if it were to buy more trucks to handle the bumper crop, there are no drivers available.

“We all know that unemployment is at record lows, so trying to find additional people to do additional work in Australia, even if we had more ports, is pretty much impossible,” Managing Director Jim Riordan said.

Coal producers, too, have been bombarded with calls for supply over the past two weeks from countries like Poland which have been reliant on Russian supply.

However Australia’s coal and LNG producers sell most of their volumes in term contracts, so cannot divert supplies from those customers.

“Australian miners are running flat out. We should see a slight uptick in coal production and exports once the wet weather up and down the east coast of Australia subsides,” said Barrenjoey analyst Glyn Lawcock.

While they won’t be able to hike output, coal producers will be able to reap the benefits of soaring prices.

In its December quarterly outlook, ahead of the Ukraine conflict, the government forecast Australia’s thermal coal exports would rise to 208 million tonnes in the year to June 2022 from 192 million tonnes a year earlier, but the value would more than double to A$35 billion ($26 billion).

For LNG producers, there is no extra gas available to be able to boost output. In fact, LNG exports are expected to be flat or lower versus last year’s record 80.6 million tonnes, which ranked Australia as the world’s largest LNG exporter.

At the same time, the Prelude floating LNG plant, run by Shell, is off line, following a massive power failure in December, and the company has not given a time frame for restarting the 3.6 million tonnes a year facility.

Woodside Petroleum, operator of two of Australia’s LNG plants, said it expects most of its uncommitted cargoes to be sold in Asia, as the Asia-Pacific market is short of product.

Thanks to soaring oil-linked contract prices, the value of Australia’s LNG exports in the year to June 2022 is expected to more than double to A$63 billion from the previous year, according to the government’s December forecast.

Nickel could be a stand out, on the back of an unprecedented surge in prices. Australia’s exports are forecast to jump by 42% to 257,000 tonnes in the year to June 2022 from a year earlier, valued at A$5.2 billion.