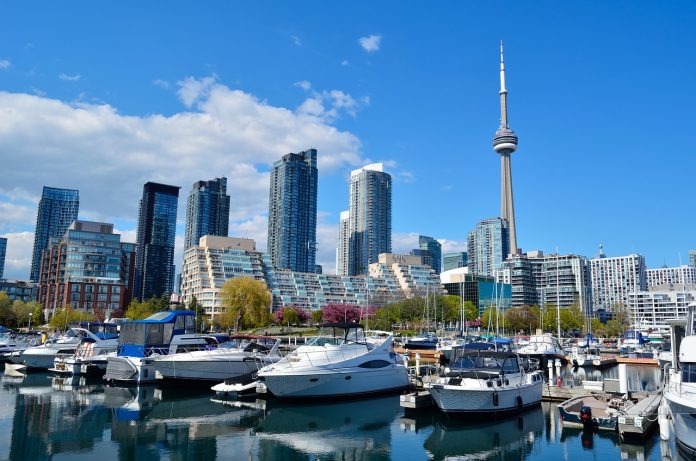 You may have heard that Canada has been attempting to recruit skilled and unskilled workers from all over the world. But why does the northern country need so many workers? Canada is an economic powerhouse, among the top GDPs in the world. Therefore, its governmental policies have adapted to increase immigration to Canada in 2022 in an attempt to fill the labour force gap it experiences.

New immigration programs get introduced every year, and even during the COVID-19 pandemic, where travel was banned, Canada still landed over 400,000 immigrants in 2021 and kept the economy running. It is predicted that over 1% of the overall population will increase annually, thanks to initiatives like the famous Express Entry System and Provincial Nomination Programs (PNPs). The Canadian immigration plan for 2022 aims at making 431,645 people permanent residents.

Maybe moving to Canada has always been a dream of yours, so here are the best 3 ways to immigrate to Canada in 2022.

This popular immigration program is not only the fastest, living up to its name, as potential immigrants can get a permanent resident (PR) status in six to eight months, but it’s also the most streamlined. There are three main programs in this system:

Having a university degree, high-quality skills, or enough work experience will take you a long way with this stream.

This program is catered to people that might not necessarily have a qualification but have more than two years of experience in their chosen trade, have a job offer, and pass the language test.

This program is for you if you already have at least one year of full-time work experience in Canada, and much like the other two streams, you’ll have to meet the minimum requirements for the language test.

Essentially, you can apply through the Express Entry system in 5 easy steps:

Step 1: Make an online profile and fill in all your personal information

Step 2: Choose which of the three streams you’re going to apply for based on the requirements you meet.

Step 3: Wait for a successful initial application which will come in the form of an Invitation to Apply (ITA) for PR sent to you by the Canadian authorities.

Step 4: Upload all your supporting documentation

Step 5: Pay your fees and submit your application

Canada’s PNP can be applied for through the Express Entry system by showing interest in being nominated by a specific province, or it can be done independently. Either way, the PNP has its own requirements and is usually fixed to a particular province. Canada has 13 provinces and territories, but only 11 participate in this program, so make sure the city or town you’ve chosen to settle in has a nomination program because it can easily add 600 points out of 1200 in total to the Comprehensive Ranking System (CRS) score that selects who gets to immigrate to Canada.

While every province has its requirements to nominate someone based on their needs and in-demand occupations, any potential nominee should have an offer of employment from that particular province, work experience from that province, and ties or intention to live and adapt in that province. A successful nomination will get you PR, and you’ll be able to settle in your chosen province.

To learn more about Canada’s PNPs and how to apply, visit this page.

As far as the best ways to immigrate to Canada in 2022 go, this last one is dependent on whether you have family in Canada or not. It also can’t just be any family. A sponsor has to be a Canadian PR or Citizen, be more than 18 years old and be your child, parent, or partner. Depending on your relationship with them, you’ll have to provide different documentation. However, no matter who they are, they have to prove they can financially support you for a certain period of time. How much money you need is dependent on how many family members you want to sponsor.

Canada’s labour shortage issue stems from two major factors: Firstly, a low birth rate. Canadians are simply not having many children, causing an inverted pyramid in population size. Secondly, people are retiring earlier, which tells of the great lifestyle you can lead in Canada, but troubling for companies that need skilled and unskilled workers.

But why Canada? What incentive is there to pick up your whole life and relocate to the cold north? Essentially, its the stability in the form of permanent residency (PR). PR status in Canada grants you very similar opportunities to those of being a Canadian Citizen, barring being able to vote. A PR status gives you free health care benefits and free education for your kids. In addition, you’ll be living in a country with a huge territory where you can essentially settle down anywhere, and because of the low crime rate, you’re safe no matter where you go. Permanent residency in Canada is not only well-sought after, thanks to the massive benefits of living in the first world country, but also because its programs are so accessible.

So, you’re convinced, now you know the best ways to immigrate to Canada in 2022, but what do you do next? Head over to mdccanada.ca and get in contact with one of their Regulated Canadian Immigration Consultants (RCIC), who can walk you through the process of immigrating to Canada through one of these great avenues or assist in figuring out which of the 100s of immigration and visa programs Canada has to offer is the best for you.