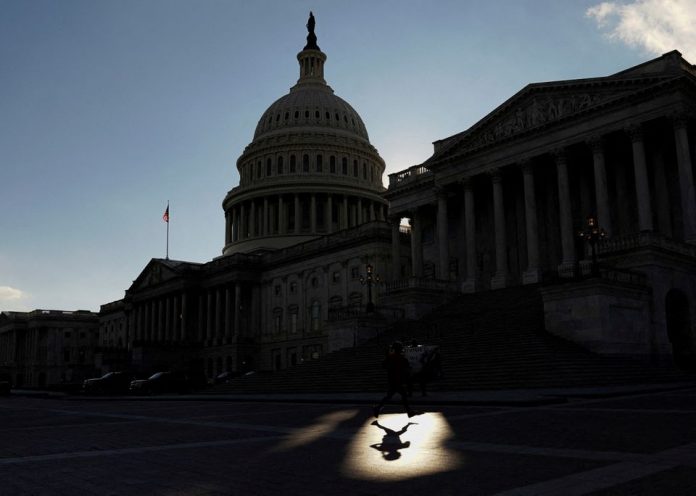 The U.S. House of Representatives on Tuesday approved legislation to fund federal government agencies through March 11 and avoid a chaotic shutdown of many of Washington’s operations when existing money expires at midnight on Feb. 18.

The House voted 272-162 to approve the stop-gap measure that will give Democratic and Republican negotiators in the House and Senate an additional three weeks to work out a deal on a full-year funding bill.

The temporary measure — the third since the start of the fiscal year that began on Oct. 1 — now goes to the Senate, where Majority Leader Chuck Schumer has promised prompt action.

Negotiators have been struggling for weeks to agree on the so-called “omnibus” spending bill to finance the federal government’s wide-ranging activities through Sept. 30, the end of the current fiscal year.

During House debate, Appropriations Chair Rosa DeLauro noted that the “omnibus is the only way to unlock” the full $1 trillion in spending on infrastructure projects authorized by Congress late last year.

The measure would also beef up spending on defense and veterans programs, along with environmental, education and other domestic initiatives.

Schumer also expressed confidence that a full-year funding bill would be set in place by March 11.

Meanwhile, Senator Richard Shelby, the senior Republican on the Senate Appropriations Committee, told reporters negotiators were nearing a deal on top-line spending for such a bill. That figure might hover around $1.5 trillion.Republicans were insisting the money be equally divided between defense and non-defense programs, while Democrats who control Congress fashioned bills providing slightly more money on the non-defense side of the ledger.

Once the framework of a bill is sketched out through an overall spending level, negotiators are expected to dive into resolving disagreements over specific line-items, such as environmental programs and border security, while also settling perennial battles over policies related to divisive issues such as abortion and Internal Revenue Service activities.

“With these basic things, a bipartisan deal should be achievable,” Senate Republican Leader Mitch McConnell said in a speech on the Senate floor.