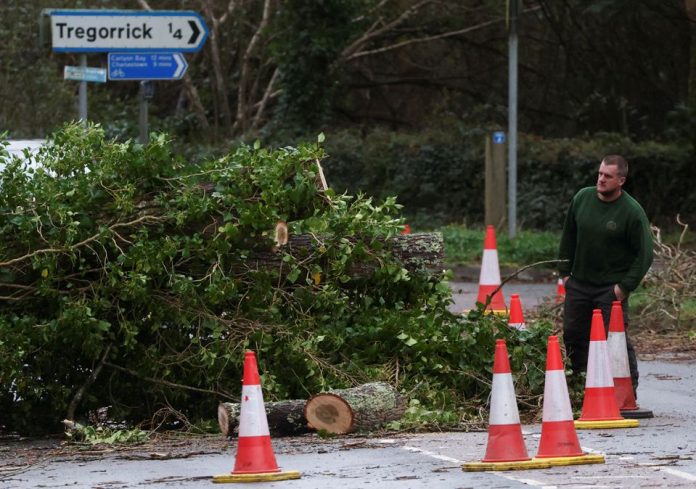 Around 155,000 British homes were still without power late on Saturday after Storm Eunice knocked more than 1.3 million households off the grid the day before, energy companies said.

The fierce Atlantic storm brought record winds of up to 122 mph (196 kph) to Britain, killing three people and causing widespread disruption. At least six more deaths were reported in Ireland, Belgium and the Netherlands.

Britain’s Energy Networks Association, an umbrella group for power and gas companies, said 1.22 million customers out of the roughly 1.3 million affected by the storm had been reconnected as of 4 pm (1600 GMT) on Saturday.

However 155,000 remained without power, mostly across southern England but also in the east of the country and in south Wales. At the start of the day, 226,000 lacked electricity.

“Strong winds across southern England are impacting restoration efforts,” business and energy minister Kwasi Kwarteng said earlier in the day. “We expect most customers to have supplies restored promptly,” he added.

While power was restored to the vast majority of homes within 48 hours, more than 3,000 households did not regain access to mains power for a week or more, prompting the government to order a review of utility firms’ preparedness.