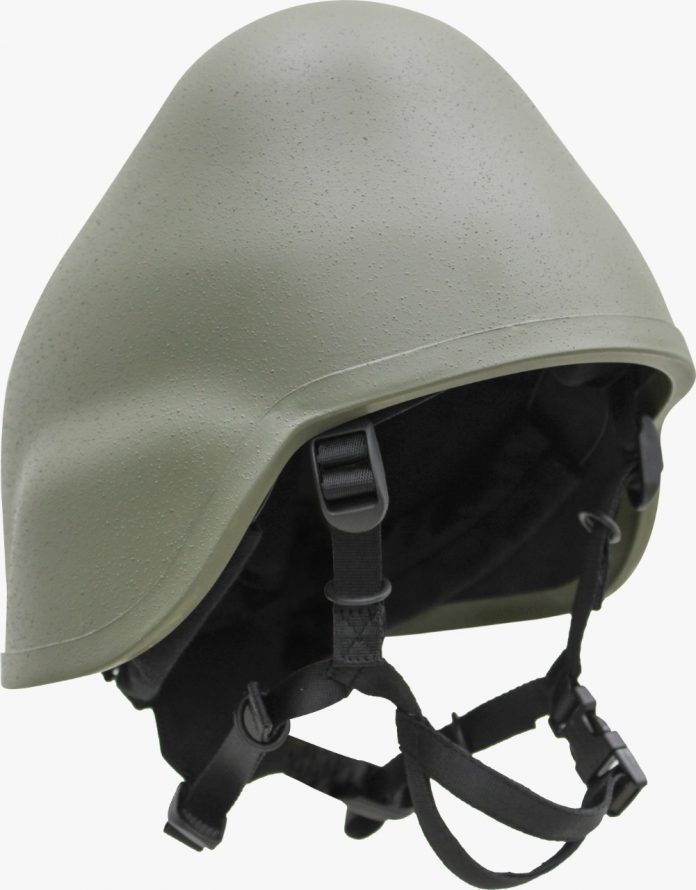 The ‘Veer’ helmet, has been specially designed for Sikh Soldiers to wear comfortably over their under-turban cloth, should they wish to do so

It provides all-round ballistic protection against bullets and fragments of up to Level IIIA. It is lightweight, anti-fungal, anti-allergic, all weatherproof, chemical safe and flame resistant, with excellent shock absorption

—An excerpt from a widely quoted hymn composed by Guru Gobind Singh. Here is a translation of its central theme:

“Never flinch while stepping in front of the enemy to protect the poor, the weak and the needy; never have any apprehension or anxiety about the righteous battle ahead.”

—Motto of India’s Sikh Regiment. Translation: “With determination, I will be triumphant.”

Global Defense and Homeland Security Company MKU is proud to announce a combat helmet that has been designed so that it can be comfortably worn by Sikh soldiers over their under-turban cloth. MKU dedicates this helmet, appropriately named the ‘Veer’ helmet (Model: KAVRO SCH 111 T), to the spirit of valor that Sikh soldiers have embodied for generations, at home and abroad.

“We observed a need for better head protection for our Sikh troops,” said MKU’s Chairman Manoj Gupta. “Despite having contributed so much towards national security and defense in India, and across the world, the Sikh soldiers do not have adequate head protection against ballistic threats that can be comfortably worn, without having to compromise on their faith or identity. Our initiative has been to develop the ‘Veer’ helmet system in line with MKU’s main motto ‘Empowering Heroes’. The heroes we empower safeguard our freedom, our security and our way of life. And who better to exemplify this spirit of heroism than our Sikh soldiers!”

The ‘Veer’ helmet, like all other MKU Kavro ballistic helmets, is compatible with MACS (Modular Accessory Connector System), a first of its kind multi-accessory mounting system, that enables head-mounted sensors and modern combat equipment such as communication systems, night vision goggles and cameras on helmets.

Sikh youth have traditionally chosen to serve in the armed forces and central police and paramilitary forces in huge numbers. Till proportional quotas based on each state’s population were imposed to give other states a representation, undivided Punjab contributed the largest number of recruits to the Indian armed forces, most of them Sikh. Today, the largest number of Sikh personnel in uniform serve in the Indian Army. The Indian government is wary of releasing data pertaining to religious or ethnic origins of military personnel but it is hardly a secret that, while members of various communities, across the country, have contributed to Indian defense and national security, the Sikh community’s contribution has been especially immense, in proportion to the size of its population.

The Indian Army’s Sikh Regiment is its most decorated, and one of its most battle hardened, regiments, known for having participated in every major war since its raising, over 175 years ago. This includes (but is in no way limited to) its distinguished service during the Kargil conflict and in Kashmir. The Sikh Light Infantry is also amongst the oldest regiments of the Indian Army, with origins that date back to the Sikh Pioneers raised in the middle of the 19th century. It has taken part in all wars and operations since independence as well, earning many laurels.

Sadly, Sikhs in the armed forces, in India as well as other countries around the world, have not, before this, had a helmet that can be comfortably worn over the under-turban cloth, exposing them to severe injuries, and even death, as a consequence.

The Veer Helmet avoids this by providing all round protection of up to Level IIIA against high-velocity fragments. It is lightweight, anti-fungal, anti-allergic, all weatherproof, chemical safe, flame resistant and built for excellent shock absorption.

The Ballistic Protection (V0) provided by the Veer Helmet allows it to withstand handgun as well as submachine gun fire.

MKU’s Managing Director Neeraj Gupta said, “The turban for a Sikh is his pride. It is not just an article of faith and a symbol of courage, self-respect, dedication and piety, but also an important marker of Sikh identity. India’s Sikh soldiers have never hesitated to face bullets even without comfortable headgear to protect them. The ‘Veer’ helmet, from MKU, offers heroic Sikh soldiers the option of safeguarding their body and life while continuing to wear their under-turban cloth. We, at MKU, are glad to be able to create this one-of-its-kind ballistic helmet tailor made for our Sikh soldiers.”