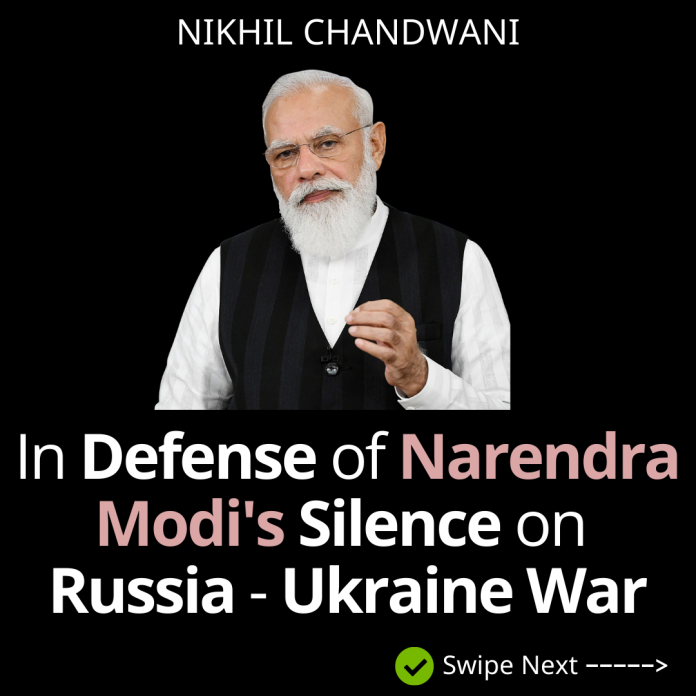 I’ve been reading numerous blogs on how people consider Narendra Modi a coward for not supporting Ukraine against Russia. People have posted tonnes of stories accusing Modi of fearing the Russian President Vladimir Putin and not siding with Joe Biden and Ukraine.

Everything that you smoke is not necessarily a cigarette. Similarly, every suffering country doesn’t warrant support. Geopolitics needs history lessons, and today, let’s see a few decisions by Ukraine concerning India and Kashmir.

Ukraine was silent when Fundamentalists from Pakistan raped Kashmiri Pandits in India. In a dick move, Ukraine supported Pakistan’s narrative on Kashmir despite knowing the history of the land. Ukraine condemned Indian Nuclear tests in 1998 and voted against India at the UNSC. Ukraine also went as far as selling T-28 tanks to Pakistan. Ukraine was one of the few countries that voted Yes for UN interference in the Kashmir issue.

Why would India support a Jihad supporting double-faced European Nation run by a comedian who has historically supported the Anti-Indian narrative set by Pakistan?

Narendra Modi knows history well, and it is a smart move not to take sides during this conflict. Russia, the aggressor, had backed India when everyone else was blowing minorities for votes. If Ukraine wants India’s support, it has to come clean on India’s border issues. It has to come clean on its stand on terrorism. Ukraine should know that Pseudo-Liberal Presidents push nations to forced liberation.

That being said, peaceful dialogue is the best way to terminate a disagreement than leading a fight that ends in barbarity. Reconciliation is the best strategy to end a conflict, and that’s what Indian PM Narendra Modi has appealed to Putin. Throughout history, it has been proven that war never solves an issue but rather causes more economical and social difficulties. India doesn’t want Ukrainians to lose life despite their geopolitical stand against India, and so, Modi insisted on peaceful dialogs.