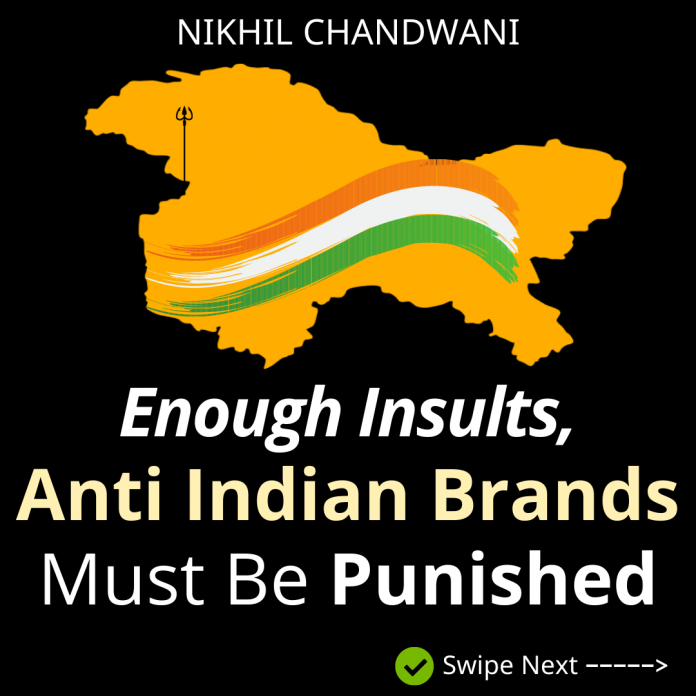 The universe is a kaleidoscope of endless possibility, of spectacular beauty and disgusting horror, where life oscillates between pain and pleasure, misery and happiness, victory and defeat. In such a world, the need arises for making choices. Silence is a wrong choice, a very, very bad choice.

Korean carmakers Hyundai and Kia and American food chain KFC, Pizza Hut, Deawoo Battery, Bosch Pharmaceuticals, and Isuzu D-Max tweeted in favor of the hypocritical “Kashmir Solidarity Day.” Before moving ahead, you guys should know more about what this Kashmir Solidarity Day is all about.

It is observed to show Pakistan’s support and unity with terrorists and separatists in Kashmir who have not only murdered and displaced thousands of indigenous Kashmiri-Hindu families but also carried out multiple attacks against both the Indian army and Indian Civilians. Kashmir Solidarity Day is a day when Pakistan offers support to these Radical Terrorists.

Yesterday, the brands above, in order to impress the Pakistani audience, had tweeted in support of those who have killed and murdered Hindus, Indian Civilians & members of the Indian army. These brands are minting billions in profit in India and still abusing India with half-hearted clarification once called out. How could they do this? Why aren’t they scared of losing out to their biggest market ever?

Answer) This is because India is a weak democracy. The majority in India is silent. India hasn’t historically punished Anti-Indian brands & these brands feel fearless even while abusing Indians. The repercussions are harmless, and that’s why brands thought that a simple explanation on their social media would make people forget their allegiance to terrorists.

Make money; fund terrorist campaign needs to stop ASAP. This is possible only when an autocratic authority punishes Anti-Indian Companies. What is autocratic authority? Autocracy authority is a system of government in which total power of a critical issue is concentrated in the hands of one person, whose decisions are subject neither to external legal restraints nor to standardized mechanisms of popular control. The Indian government must appoint a vigilance team to punish these brands without prejudice. They must be fined in billions, and their team must undergo compulsory history lessons. Kashmir was, Kashmir is, and Kashmir will be a part of India. Invaders have tried to take away the mountains from India, but the king of mountains – Raja Himavat and his daughter Parvati, the most powerful deity in this universe, won’t let that happen.