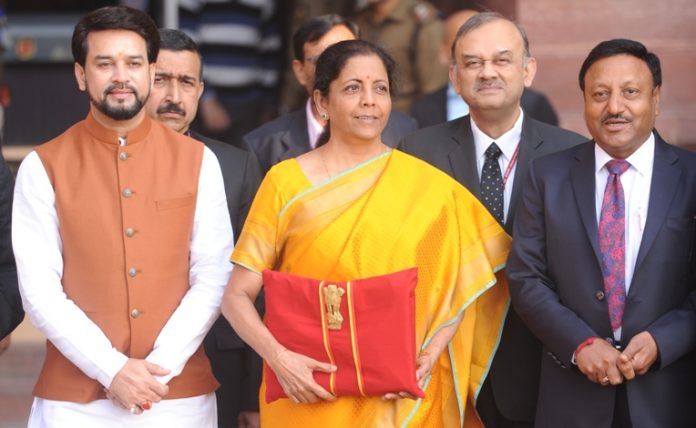 (IANS): The revival of economic growth was the foremost priority of the Union Budget FY23, said Finance Minister Nirmala Sitharaman on Monday.

Speaking to various industry stakeholders as part of the post-Budget interaction in Mumbai, Sitharaman said: “The recovery is the one most important thing we must have to focus our attention on. And, a sustained recovery, a strong recovery is something which all of us would want.

“Therefore, this Budget probably gives more space, attention and focus on keeping that growth revival as the priority and it also has clear messages for sustainability, predictable tax regimen… transparency in the process of Budget making.”

The Budget FY23 has raised capital expenditure by 35.4 per cent Rs 7.5 lakh crore in a bid to continue the public infrastructure plan which in turn will create fresh jobs in the economy besides crowd-in private participation through investments.”

Furthermore, she pointed out how the country adapted to technological advancements during the pandemic, specially in the space of online payments.

“We could reach people in their homes and could give money into their accounts all because of the technology which has been spread and adopted by our own people,” she said.

Besides payment service, the Centre is focused on technology for the education sector, farming, among others, she said adding that the Centre would not let digital advantage go which the country has had.