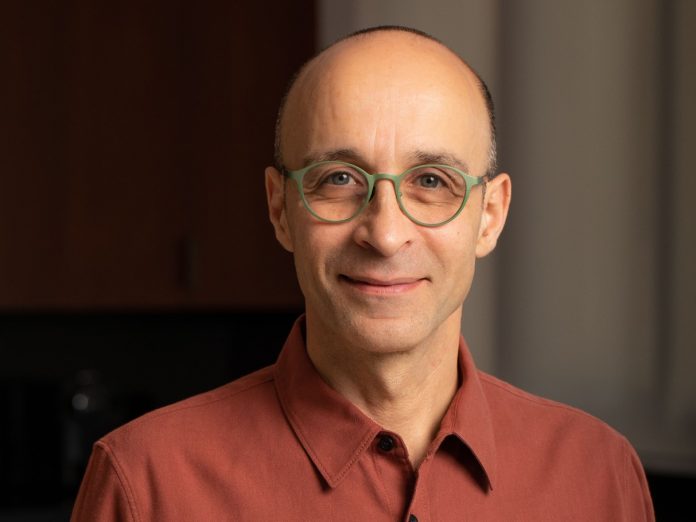 Many people look for a mentor in their lives. Amer Deeba got lucky and found a mentor and a friend in Philippe Courtot. While Courtot passed away in June 2021, he left behind a legacy and is remembered as a visionary known for his good heart and as someone who changed people’s lives. In Deeba’s own words, Philippe was a “mentor, friend, prominent figure in my life.”

Courtot was the first to spot Deeba’s knack for customer-related tasks. “I was working at Verity, and the CEO, Philipe Courtot, started pulling me into customer meetings and product management work. He felt I understood customer needs and communicated well with them.” Deeba continued to work as a coder for almost 10 years before he made the shift toward business. Sure enough, it was Courtot who offered him a job at Signio, a payment services startup. After Courtot left for cloud security firm Qualys, he offered a job to Deeba there, too. Deeba and Courtot worked together at Qualys for 17+ years and made the company go public. Deeba credits much of his success to the training he received under Courtot. Deeba told Forbes, “I learned so much from him throughout the years: how to design and build a technology platform; how to run a business at scale; how to understand the customer’s point of view; how to deal with competitors; how to market a product; how to view things not from the conventional angle but the correct angle.”

A part of Courtot’s legacy is the Eduarte Courtot Foundation. Created by Courtot and his partner, Freya Eduarte, the foundation helps underprivileged students globally. Eduarte now leads the organization, with Deeba acting as the Middle East liaison and a member of the board.

“I’m pretty active in helping Freya in making decisions,” Deeba says, “and to create the programs that we feel passionate about to support children in the Philippines and Lebanon.”

What makes the foundation unique is that each of the foundation’s members has a personal connection with a country in which the foundation works. Freya Eduarte emigrated to the United States from the Samar region of the Philippines. The first grant from the foundation went to Santa Margarita Elementary School, a school that she and her family attended. The foundation focuses on establishing a direct relationship and making an immediate and measurable impact. Similarly, the foundation encourages its donors to visit the schools they sponsor so they can witness the impact of their donations firsthand. The foundation is also active in Lebanon, with Deeba overseeing the operations. “I’m the Middle East liaison,” he says. “I go on the ground, try to understand schools and areas that need the help, and schools that are in desperate need, and why. I scope these opportunities and bring them to the table, and we discuss them together.”

For Deeba, this is not only a way of giving back to the community in which he grew up, but also a thank-you to his mentor. Education has a special place in his life. It’s the reason a child who grew up in war-torn Lebanon was able to make a life for himself in the United States. Deeba was born in Marjeyoun in South Lebanon and had to escape his hometown in the trunk of a taxi. His parents instilled in Deeba and his brothers the importance of education. All three grew up to be professionals. Education made a huge difference in Deeba’s life and he wants to make sure it’s available to all those who need it.

“I do a lot of research and talk to a lot of these schools,” Deeba says. “Sometimes if I can go in person, I’ll go myself and visit. I talk to students and try to scope the opportunity. Then I come back with a proposal for the foundation, so that we can agree on it, and give them a grant.” Deeba and the foundation’s efforts are particularly welcome in Lebanon right now, given the economic crisis the country has been going through. “When the explosion happened last August in Beirut, we gave a lot of funds to the NGOs that were helping the elderly get back on their feet,” Deeba says. “Lots of children were injured and needed major medical help.” The foundation played a pivotal role in getting aid and medical assistance to those in need.

The foundation works tirelessly to provide competitive education. As its founder and current members all have a background in IT, they appreciate the importance of technology. Consequently, one of the foundation’s flagship programs is designed to provide children with access to technology. The foundation has worked closely with the public school district of Santa Margarita in the Philippines on the construction of computer labs. Classrooms have been fitted with visual aids for accelerated learning. Previously, the foundation donated 50 televisions and 50 computers, benefiting 2,400 students.

The foundation also provides  full scholarships for low-income students at Ateneo de Manila University. The institute has repeatedly been ranked as a leader in higher education in the Philippines. The foundation covers the costs associated with tuition, transportation, meals, books, clothes,computers, and school supplies. All administrative costs are borne by the University so overhead is low, which results in the majority of the scholarship funds reaching the scholarship beneficiaries directly.

The work isn’t easy and requires an all-hands-on-deck approach. “It’s a pretty rigorous process because we have to keep a track of everything we do,” says Deeba. Recently, due to Deeba’s efforts along with the board, the foundation “did two schools in Lebanon. Talking to other schools to expand our scope in other areas.” Deeba plans on expanding the foundation’s support network to as many children as possible. “I’m very passionate about it,” he says. “It feels like part of me giving back to an area that needs it. And I mean, the foundation has been super; Philippe left a substantial amount of money for these causes. So we’re trying to use it the right way.”