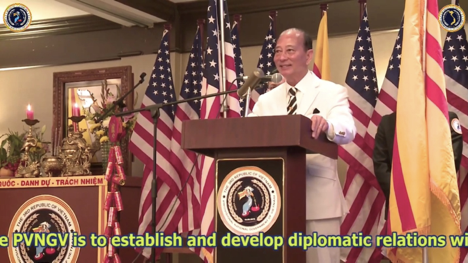 Why does spring come, but my heart is so lonely, and my soul is whirling? Suddenly, deep in my mind, a sad flute sounded…

One step for the country, one step deep

One heart hurt, many sad paths

Donate your heart and brain to cultivate the motherland

Since when did he leave his peaceful place to join the dusty wind? One step is a thousand miles away, a tremendous abyss. There is no way back because that step is the “step of saving the country”! An innocent young student was tinged with smoke and fire from the battlefield when his homeland was filled with bombs and bullets. The blood and tears of the compatriots, relatives, teachers, and friends were shed because of it. Tears mixed in blood—no differentiation between blood or tears. In the fire and smoke of war, there is no place for real peace anymore!

The 16-year-old boy now voluntarily embarked on a fierce battlefield through the lens of an American war correspondent. He witnessed all the cruelty, malice, brutality, and deceit of the so-called “long-term resistance war for national reunification” led by Ho Chi Minh, who pushed hundreds of thousands of North Vietnamese to kill hundreds of thousands of innocent Vietnamese people in the South. The killing of brothers and sisters hurt the bottom of his heart. The young man’s heart has learned the pain of the Vietnamese people since that day. In his 16th, the age of dreaming, since he was underage for the army, he had to borrow his older brother’s birth certificate to engage in a military career, hoping to contribute his strength and talent to stop the unjust war.

And he was there, basking in the rain of bombs in Quang Tri in the fiery summer of 1972, where it was estimated the number of bombs dropped was almost equal to the number of bombs and bullets of the first and the second world wars combined. He was there, the front line of fire frontier, the defensive front of the South, the target of the North’s occupation. The ancient citadel of Quang Tri, with walls over 6 meters thick, crumbled in bombs. ARVN forward units received the soldier’s death warrant before reporting the identity. The North Vietnamese soldiers left their bodies on the ancient citadel of Quang Tri in being chained to artillery or trenches or abandoned by their comrades when they were wounded on the battlefield. The corpses of compatriots and soldiers from both sides piled on top of each other, no longer be distinguished. All were red blood and yellow skin, and all Vietnamese.

The person who was there was the commander and one of the 54 soldiers “GO WITHOUT VOICE BACK WITHOUT WORD” – merit no credit, death no warrant that is the famous Black Tiger unit based in the tactical zone I, the border of Vietnam – Cambodia – Laos. This unit earned the nickname of communist’s horror in those years and was the only unit of the ARVN in the fiercest years of the South that preserved its forces intact until the end of the war to disband. This unit was legendary as well as its commander…

But his heart ached and felt the pain of the wounded and killed, the pain of those who lost loved ones, the pain of war victims. Then came the pain of a nation that lost its country on Black April 1975. The pain of prisoners who were persecuted and killed in the dark prison of communists. The pain of ordinary people who were robbed of their homes and possessions and forced to the deep forests in the isolated area. The pain of families who accept separation and find a way to cross the border across the sea. The boat people’s pain, who lost in the ocean, or the horror of pirates, where the women got raped to death. The pain of hundreds of thousands of veterans who suffered long-term psychological trauma after war… And the pain of tens of millions of compatriots who remained as prisoners and enslaved people in their own houses, fields, and lands like carrying shackles from their body to soul and no Dare to dream one day to escape…

Those pain turned into strength for him to go one step further. He Gave up a flourishing business career on American soil, stepped into the political arena and accepted the position of Prime Minister of a Government-in-exile in a foreign land, facing public opinion, threatening life and reputation, loss, and suffering. His determination to save the country has been still burning, but the path to save the country has been still uncertain. Concentric friends, some came and some left. The national boat was floating on the waves, and he alone rowed it. His aching heart was soaked with sorrows… Then again, he took another breakthrough: Gave up everything to retreat to the desert, not to find a way to free his life, but to find a way to rescue the Vietnamese people from the Communist danger. This is the time when the poem DREAM was born.

Donate your heart and brain to cultivate the motherland

The poem said all his wishes. God considered a human prerogative, and human life is given a heart and a brain. Each person uses that privilege to fulfil their life purpose. Life is to love, share, enjoy, cultivate personal happiness in the world, contemplate the situation, and find a way out of the cycle of birth and death, which is rare in humans. But with him, it is different. His life purpose is to “nurture his motherland”. Although his heart has been imprinted with pain, even though the footsteps have been imprinted with thorns of sorrows, but the good nature and the desire to “nurture the motherland” have lit up hope for the intelligent mind and spirit to communicate with God-nature, Buddha-nature in him to find a way to liberate the homeland. That is the PSYCHOLOGICAL REVOLUTION, the NEW DEMOCRACY way to REGAIN ANCESTRAL LAND – END POPULACE SUFFERING to bring PEACE TO THE HUMANITY.

The poem’s title is DREAM, encapsulated in 4 sentences and 28 words, which poet Nam Quan used the first three sentences to record the painful reality of the country and the people of Vietnam. His heart is always guarding with the feeling love for the country, love the people of Vietnam as a Vietnamese poet living in exile in a foreign land. The last sentence, with only seven words, encapsulates all his dreams:

When listening to a sad song or reading a sad poem, one’s heart sinks. However, the poem “DREAM” by poet Nam Quan is a sad poem at first but ends with an opening for a possible dream to come true. Since ancient times, Vietnam has not lacked talented people. Vietnam has never been defeated for so long. Almost 100 years, time is more than enough. Once people wake up and realize their destiny in their slavery life, they will stand up. Once the elites wake up from their illusory dreams, determined to devote their hearts and minds to nurturing their motherland, flowers will bloom and stay color the land forever to come. That is his desire.

IMPERIAL DUKE PRESIDENT DAO MINH QUAN, or POET NAM QUAN, during his career of saving the country, his greatest dream was for the whole nation to agree unanimously and to unite under one flag of national justice, to fight the northern invaders, to keep the country free and peace, and to build a peaceful and happy life for the generations to come. Every word, thought, and action is as uniform, righteous, and transparent as to how he lives—respecting God, loving people, loving all living beings, harmonizing with nature and all things, obeying God’s will, hating evil authority, disdaining for heresy, and determining to promote the right religion and uphold justice, that are his characters. Therefore, from the very beginning, the proponent of the NEW DEMOCRACY doctrine considered communist atheism as a heresy that must be destroyed to save humanity from the devil’s command. That is his stance. All these characters, goals, and stances are loyal to the DAO MINH QUAN spirit. The spirit of a TRUE VIETNAMESE is benevolent, peaceful but indomitable and heroic, does not submit to evil doctrines, does not tolerate evil authority, and is determined NO COMMUNIST. The spirit of TRUE HUMANITY is worshipping God, treating all species with fairness and compassion, both humans and all living beings, being the master, the good administrator of the earth, and protecting nature and the environment for all species to live together peacefully and sustainably until the next millennium.

The spirit of Dao Minh Quan is the quintessence of every Vietnamese. He once said Vietnam has one Dao Minh Quan and millions of Dao Minh Quan like 54 former Black Tiger soldiers. The Viet Cong were not afraid of those 54 soldiers, or team leader, Lieutenant Quan, but they were afraid that they could not identify which of those 54 men was the Lieutenant. For all 54 people is as one, and each one is an Army lieutenant. Today’s dream and goal of the IMPERIAL DUKE DAO MINH QUAN, the President and Commander-in-Chief of the ARVN, is to awaken the VIETNAMESE PURITY, VIETNAMESE SPIRIT, AND VIETNAMESE INTELECTUAL in each of us and is to light up the DAO MINH SPIRIT in every Vietnamese soul. For Vietnam to have 100 million Dao Minh Quan, the dream of “blooming flowers will color the motherland forever to come” will soon come true.

The poem has only four sentences written in the genre of seven words in four great sentences, only 28 words, following the strict rules of the poetic genre. Indeed it is a masterpiece of poetry. If you take this poem as a subject for a poetry test, I’m afraid it’s hard to find a better poem you like. The poet Nam Quan released rhyming words spontaneously, as if not intentionally following any rules, but each word, each sentence, each syllable, each idea entered its appropriate place, subtly, smooth, and natural level. The main rhyme for this entire quatrain is the “au” sound for lines 1, 2, and 4, which itself enters a higher rule that coincides with the initial consonant “s”.

We see that he paired the number ONE (one step, one heart), which is 11 and repeats two words of THOUSAND (thousands of flowers, thousand after). Intentionally or unintentionally, I admit that I’m not familiar with algorithms and arithmetic, so I do not dare to react. Just stating a simple feeling: ONE turns into a thousand, and the word “thousand” in poetry means “infinite”. It can be said that his simple wish is to turn from ONE DAO MINH QUAN into THOUSANDS, and MILLIONS of DAO MINH QUAN, then the future of the country will be prosperous for thousands to come means FOREVER!