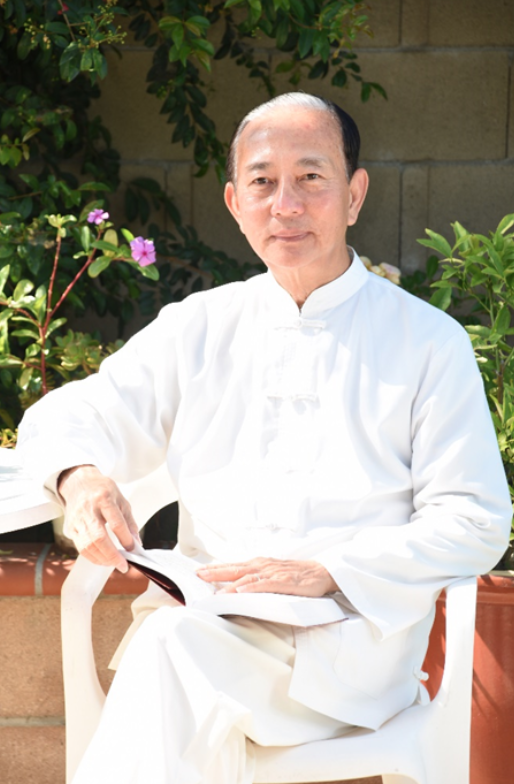 In Vietnam, society is entirely controlled by the Communists, who are just the scum of society, the Chinese minions, and uneducated. They naturally cannot run the country like a government with their atheistic nature, no humanity and no reputation, plus available evil tricks, theft, and fraud. They only use the inhuman, classless, and lawless police to control the people. They have turned our country into a model of a NEW SOCIALIST COLONIAL. In the city with lavish villas and luxurious restaurants, there are indignity entertainers to serve the corrupt officers and their descendants, along with foreign guests, while most people are miserable like a herd of slaves, selling their bodies, selling their strength to feed their mouths. To approve slavery work offshore or being sold as prostitutes to foreigners, they must bribe and rival like a “Grace favor”. The apartment buildings owned by the communists were vacant while people were sleeping in the cemetery, under bridges, under trees, and on the street everywhere but not daring to complain or not daring to speak to others.

Therefore, Vietnam desperately needs a patriotic leader, loves the people, has the knowledge, knows how to make sacrifices, shares passion and suffering, is full of enthusiasm, moral and sincere, knows how to change from tragedy into strength to relight the faith of the people after nearly a century of being covered by the cloud of communism over the homeland. That person must know PEOPLE IS FIRST – TERRITORY IS SECOND – KINGDOM IS THIRD, be patient, and be loved, respected, and endured by the people to revive the strength of unity of the people. Today, almost everyone begins to recognize a talented and virtuous ANGEL who could help our country quell the threat of Communism to REGAIN ANCESTRAL LAND, revive the race, and bring peace and happiness to the people. That person is no other than Imperial Duke President DAO MINH QUAN.

He is not only an Angel of God bringing the light of justice, peace and hope to our nation, but he is also a faith of love, an Angel that protects us from the attack of humanity from the red devil anytime and anywhere. He is the teacher devoted to patience, supporting, teaching, and helping us discern between truth and lies. He is helping us to differentiate between RIGHT verse WRONG – KIND verse WICKED – RIGHTEOUSNESS verse EVIL to cleanse us from the darkness and confusion of communist evil doctrine, and helping us to restore the patriotic tradition, the indomitable spirit, the heroism of our ancestors, and the moral ties to more than 4000-year-old civilization of the Dai Viet people.

He is offering us many priceless treasures of love, wisdom, wisdom-in-heart and confidence through Theory of New Democracy, the strategy of UPHOLD TRUTH-OVERTURN COMMUNIST to lead us into the psychological Revolution with the purpose: REGAIN ANCESTRAL LAND, the Salvation: END POPULACE SUFFERING, the Policy:  VIETNAM COMMUNIST QUIT COMMUNIST STILL VIETNAM, and the Commitment: VIETNAM WILL NOT KILL VIETNAM. He has given us valuable lessons to restore Vietnamese morality through the Seven Lessons of Being a Righteous Person, the Eighteen Awakenings, the Basic Executive Instruction, and the ways to be a Good Public Servant for the People. He is also humanizing the unscrupulous Vietnamese Communist security and police officers to turn them into honest, loving people to think back and realize the mistake to stop suffering people in every way, commit crimes, and kill good people.

Not only that, but he also devoted his heart into training the members of the Government to learn the spirit of Dao Minh Quan to help the people, save the country, and rebuild the nation. His companions are being forged from mind to spirit and from thinking to reasoning and practice wonderfully and intelligently.  Ordinary, gentle and honest people are becoming intellectual orators with fiery love hearts full of humanity.

Then, what is the Spirit of Dao Minh Quan? Could it be below:

Are not there more than 300 international newspapers praising his merits, and the US and international media themselves have also published the outstanding achievements of the PNGVN-RVN The Third?

Has the website www.dontongthong.com surpassed one Million one hundred fifty-three thousand one hundred and sixty-two (1,153,162) registered and the www.tcdy.us system has more than ten (10) Million of Vietnamese people around the world voted for him to be the President of the Republic of Vietnam? These things prove that people’s hearts are turning to Imperial Duke DAO MINH QUAN.

As we all know, even the dishonest media cover it up; however, the achievements and victories of the New Democracy of Vietnam Movement of the PNGVN, in the past and present, together with the biography of the Imperia Duke President DAO MINH QUAN, have spoken brilliantly of the Talents, Virtue, and Wisdom of his lead. Not only in the history of modern Vietnam but also in the history of the world. Almost no one can compare. We want to cite a few typical cases through His journey as follow:

In the line-of-fire battlefield of Quang Tri, the unit under his command did not suffer losses and still preserved its forces until the day of disbanding.

The boat VNKG-0602, under his command, crossed the ocean; even though it was attacked and robbed by Thai’s pirates 14 times, he still managed to sail the boat safely to Malaysia, and all 524 refugees on board were completely safe.

As soon as he arrived in the United States on August 14th, 1980, two weeks later, he continued his mission of saving the country by joining the Vietnamese National Force on September 2nd, 1980. When his family settled down, he founded the New Democracy of Vietnam Movement in 1987 and wrote the Manifesto for the New Democracy Era. He also opened a Community Center in Southern California.

He broke the Chengdu conclave by calling for the successful establishment of the Provisional National Government of Vietnam. After accepting the position of Prime Minister of the PNGVN, he sacrificed all his assets and dedication to help 200,000 Vietnamese in 17 communist refugee camps in Southeast Asia. At the same time, he also established a stele to worship the Five Generals and the Anonymous Warriors, built the Holy Temple, built the Flagpole Pedestal and a stele commemorating the 58,721 US soldiers who died in Vietnam during the Vietnam war, at the base Tu Nghia Duong in the Adelanto desert. He and scientists created the most advanced referendum system in the world.

After accepting the position of President, he completed the Constitution of the Republic of Vietnam the Third and successfully convened the First National Assembly. Most importantly, he won the lawsuit for $38 trillion USD against China and the Communist Party of Vietnam, with the International Environmental Court No. ENC201215 on April 14th, 2021, is the most significant victory on the planet, https://youtu.be/cTQl7a0DCJQ.

The most astonishing thing is that although he has created such unprecedented results, he is always loving, simple, humble, and sincere to everyone. Even though we always consider him a father, a teacher, and a strict Commander, a warm, sympathetic smile is always ready to water the driest souls on his gentle face.

It can be said that from the time today, in the historical life of Vietnam and the World, no one has created such a success like Imperial Duke. Only the hand of the Divine can create such battles. An example of upholding sacrifice, patiently helping the people, saving the country of Imperial Duke and the Military Officials, Delegates, and Members in the PNGVNLT- RVN the Third is increasingly resplendent with glory, consolidating confidence and firm belief of Vietnamese compatriots. His spirit of sacrifice, tolerance, generosity, and gentle Leadership. Like a sacred torchlight to illuminate how to dismantle the evil communist regime in Vietnam and around the world, will bring love, happiness, freedom, and prosperity to our dear Vietnamese compatriots.

Constitution of Republic of Vietnam