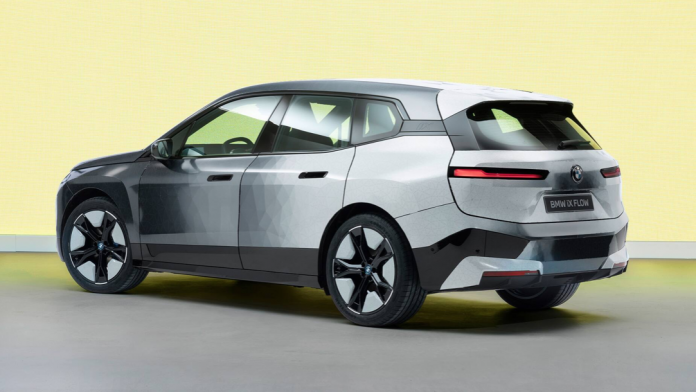 Things you probably didn’t know are coming into existence in the Tech industry of 2022.

Even though the world seems to have taken a step back due to the global coronavirus outbreak, the tech industry has decided not to put its race against time into a halt. All the global tech companies are still working as fast and hard as they always were in order to provide us with all new innovations and epic gadgets and tech to make our lives feel more and more futuristic. What was once just fiction in sci-fi movies is now becoming real life, and later this year, might even become a part of the norm, where we see implementations of it in almost everyone’s daily lives.

So what are some of these crazy innovations that are set to blow anyone’s mind away? Let’s see;

This is truly one of the coolest things we’ve ever seen implemented onto a concept car. It could possibly be even cooler than the start of Electric Vehicles. Just check out the BMW IX concept car – the car with an interchangeable paint job, which can go from white to black in a split second, or any shade of grey there is in between. It might still be in its early concept stages, yet it’s already taken the whole world by storm, and BMW never fails to provide when they show us what they have planned out for the near future.

Online gambling is not a new phenomena, but modern technology have elevated it to whole new heights. You may now get more than just the convenience of gambling from the comfort of your own home when you play at an online casino. With online gambling, you don’t have to compromise on visual quality, and you may connect with other players and live dealers as well. Rather than having to wait until the end of the game to get the results, some bookmakers, like Unibet, have launched virtual leagues, with realistic sports mechanics and faster paced matches, so players have the option to bet on even more frequent games in a day.

If you’ve ever heard of the labrador retriever, it most wasn’t this one. We’re not talking about the dog breed here, more in the lines of a fully independent shelf on wheels that can do many things, one of them being the classic ‘opening the fridge and bringing you a nice cold beer’. Even though it moves a little slow and might not have the most advanced tech advancements built into it,  it’s aimed to revolutionise moving things around the house for those who need help with mobility issues with the use of technologies we have readily available.

An all new kind of Projector;

Pocket projectors are now a thing of the present, no longer something so out of the ordinary as they were a couple years ago, however, Samsung have come up with one that will revolutionise the projector market once and for all. The Freestyle projector by Samsung is built in a compact casing that’s easily carryable in anyone’s pockets, while having all kinds of customization features like screen size between 30 and 100 inches, focus distance, and even adjustable projection angles.