Benefits of getting a degree 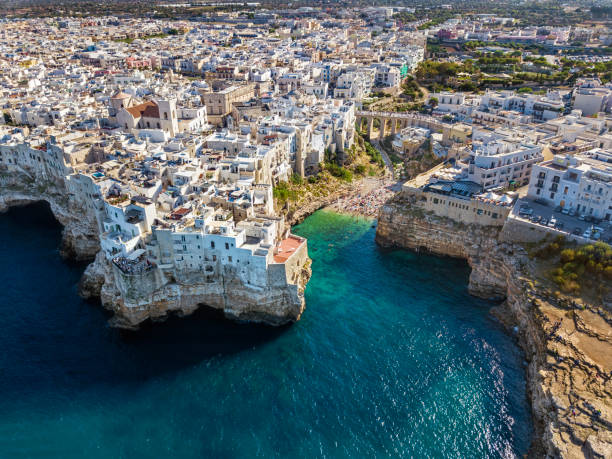 Bari is the capital of the Apulia region of Italy. It’s the mezzogiorno’s (Italy’s south) largest city after Naples, and a bustling commercial center and port.

Bari is the largest and most important city of Apulia and stands on the Adriatic coast. It’s mostly famous for being one of the exit doors of Italy, where travellers leave on ferries for neighboring countries. The city authorities, however, have been trying to raise its tourism profile and awareness of Bari’s old town, which has retained its ancient Medieval plan and contains many historic buildings and sites. The old town was the heart of pre-Roman and Roman Bari and it is now possible to find several hip bars and restaurants open “from dusk til dawn” in this once dark and unsafe zone.

Things to see and do in Bari

The ancient part of the city, called Bari Vecchia by locals, literally Old Bari, is a beautiful mediaeval neighborhood you should not miss. Take a stroll and get lost in the maze of Bari Vecchia and try not to miss the romanic Basilica of Saint Nicholas with its gold ceiling, its crypt and the magnificent cathedra of Bishop Elias. In the same square, also the Palazzo del Catapano and the Church of Saint Gregory are worth a visit. Even older (but later refurbished in baroque style) and equally interesting is the romanic Cathedral of Saint Sabino.

Take a walk along the waterfront, on the top of the old city wallsand pass by the Fortino of Saint Antony, an old fort recently turned into a modern art gallery, and the former Monastery of Saint Scolastica (currently part of the University). The vast majority of the churches in Bari Vecchia are unfortunately closed to tourists. They are open on selected festivities, including Good Friday and the Solemnity of All Saints.

A a small town 20 minutes out of Bari named Adelfia is worth a visit on patron’s day. The patron saint of one of its quarters, Montrone, is Saint Trifone. Nov 9 is the start of a three day celebration.

In the early evening of Nov 9, a giant beautiful balloon is released which signifies the start of the festival. On the 10th, the statue of San Trifone is brought out of the church and paraded around the town. Bands from all over Italy come and perform on the outdoor stage. Fireworks are displayed throughout the evening to the early morning. The different men’s club compete on which club can have the biggest, loudest and spectacular display. Vendors surround the town with goods, food and gifts.

The Saint of the city is Saint Nicholas and is celebrated by the Catholic Church on December 6. In Bari, several masses gather early in the morning (as early as 4am) on December 6. A huge crowd and lots of fast food stands fill the old town through the night. However, the city’s main celebration of Saint Nicholas takes place from May 6 to May 8 with historical reconstructions, popular music and a two-day fireworks contest. Pilgrims come from all over the world.

Places to eat in Bari

Most restaurants and bars are located in the eastern part of central Bari, around the intersection of Corso Vittorio Emanuele II and Corso Cavour.