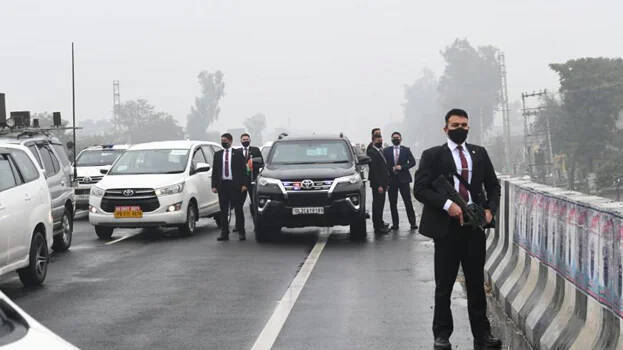 Delhi Police have registered an FIR in connection with the threat calls received by the lawyers of the Supreme Court, warning the judges to refrain from hearing the case related to the recent security breach of Prime Minister Narendra Modi in Punjab.

The FIR has been registered by the Special Cell of Delhi Police under Sections 153, 153-A, and 506 of the Indian Penal Code read with Sections 13, 16, 18 and 20 of the Unlawful Activities Prevention Act (UAPA).

The complaint in this regard was lodged by Supreme Court lawyer Vishnu Jain.

“Today I received two threatening calls on the same pattern as was received by other advocates a day ago,” Jain said.

Sharing the contents of the calls, Jain said the caller challenged the sovereignty and integrity of India.

In a communication, Joseph Aristotle S, Secretary, SCAORA, said that several advocates-on-record of the top court received anonymous automated pre-recorded calls from +447418365564, one at 10:40 am and another call at about 12:36 pm on Monday.

The caller warned the top court judges to refrain from hearing the PIL seeking probe into the security breach on the ground that the Supreme Court has not been able to punish the culprits of the 1984 anti-Sikh riots.

The top court said the panel will inquire the causes of the security breach, persons responsible for the breach, and also measures to be taken in future to prevent security breach of the Prime Minister and other constitutional functionaries.

The other members of the panel are Director General of Police, Chandigarh; Inspector General, National Investigation Agency (NIA) or his nominee not below the rank of IG; Registrar General of the Punjab and Haryana High Court; and Additional DGP, Security, Punjab.