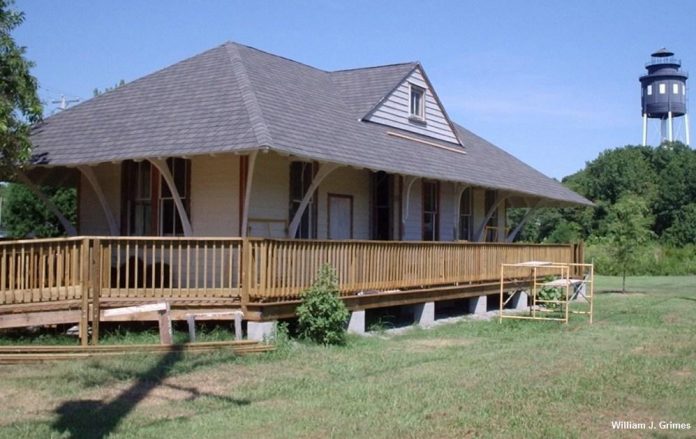 Cape Charles is a town in Eastern Virginia, at the southern tip of the Delmarva peninsula. It was fomerly the terminus of the eastern shore railway and still has an operating rail-to-barge ferry terminal with freight service to Norfolk. It has the feel of a time gone by.

Cape Charles, located close to the mouth of the Chesapeake Bay, on Virginia’s Eastern Shore, was founded in 1884 as a planned community by railroad and ferry interests. In 1883, William Lawrence Scott became president of the New York, Philadelphia and Norfolk Railroad Company (NYP&N), and purchased three plantations comprising approximately 2,509 acres from the heirs of former Virginia Governor Littleton Waller Tazewell. Of this land, 40 acres were ceded to the NYP&N, and 136 acres went to create the Town of Cape Charles (technically known as the “Municipal Corporation of Cape Charles”). Some of this land, named Cape Charles for the geographical cape found on the Point and headland to the south, Scott sold to the Railroad Company to serve as the southern terminus of the line on the Delmarva Peninsula from the Northeast states. In that same year, construction of the railroad began. In Cape Charles, the Railroad Company built a harbor port to handle steamships and freighters from Cape Charles to Norfolk.

How to reach Cape Charles?

One way to get to Cape Charles is to arrive by boat. The approach to the harbor is simple, just head north from the outer marks.

Most visitors arrive by car. Cape Charles is one mile west of US Highway 13, the main north-south road on the Delmarva peninsula.

This small town is perfect for a walk around. You can get anywhere you want in about 10 minutes. Getting lost will not be a problem. Many locals use golf carts, which are also available to rent.

Cape Charles Things to see and Do

Mainly you will want absorb the feel of the charming town from yesteryear and meet a few of the local people. There are several shops, an inviting beach, and several restaurants. Throughout the summer, there are festivals many weekends which draw thousands from the Eastern Shore and beyond.

Where to eat in Cape Charles?