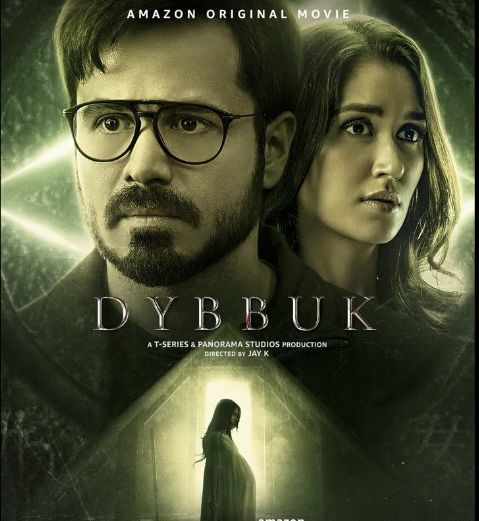 The plot revolves around Sam (Emraan Hashmi) and Mahi (Nikita Dutta), an interfaith married couple who are compelled to relocate from Mumbai to Mauritius due to a new career opportunity. Mahi is struggling to recover from a loss and wishes to begin a new life in a different country. New beginnings on the other hand, herald greater difficulties.

The wife goes shopping in order to give her new house a more traditional look. When she walks into an antique store, she notices an ancient box that dates back to the 16th century. She decides to open it because she is intrigued by its mystery, which results in the release of a nasty ghost. The box in question is a dybbuk (pronounced as dibuk). Dybbuk is a disembodied human soul that travels the earth until it finds a host, according to jewish legend. The home begins to experience mysterious happenings, and the only way out is through an exorcism. Will the pair be able to make it through?

An exquisitely carved wooden box occupies a prominent position in a majestic colonial mansion in Mauritius who’s new residents, a troubled couple from Mumbai, are searching for a fresh start. However, this is not the case. As Sam and Mahi arrive for work, a scowling lady approaches them and demands to be hired. Loud creaks and murmurs begin and cease, and things begin to go awry, dragging both Sam and Mahi into a dark mystery that appears to be based in the island’s jewish history.

Most of us are drawn to historic ruins, abandoned dwellings and the discovery of personal possessions that belonged to someone who has passed away. Call it our peculiar fascination with snooping about in other people’s lives but all of these items provide us with a window into the past. As a result, the act of individuals opening ancient mystery boxes is always entertaining to see. When you combine jewish mythology with the occult, you have the makings of a thriller. Did that happen here, though?

As the scenes with the priest unfold, we find that the home is haunted, an evil spirit is in the vicinity and a man/woman/child has been possessed by a bad spirit. Denzil Smith faithfully fulfils his responsibilities as the priest in question, and Manav Kaul appears as a hardworking rabbi, waving old ornaments in the air to frighten away the ghost. Amidst dogs barking to alert us that something is wrong with the world, the possibility of dead individuals hidden in cupboards arises.

Dybbuk is the hindi remake of director Jay K’s debut Malayalam film Ezra, which was originally released in Malayalam. Thankfully, women are not objectified in this setting. There are no scenes in the shower or rushing about in revealing underwear. A huge sigh of relief! The plot moves smoothly and quickly throughout the novel. The jump scares are few and far between, and while this isn’t the conjuring, the effort put forth is commendable, nonetheless. Emraan Hashmi, Nikita Dutta and the rest of the cast are all excellent actors.

What do not work are the film’s banal energy and its inability to elicit a sense of mystery at every turn. The platitudinous tale stifles your desire to learn more about the world. Even the wandering spirit has a plan in place, and that seems absurd. You’re not as afraid as you’d want to be at this point. The film itself appears to be overjoyed by the fact that it is set in a Jewish setting.
Rabbis have taken the position of Christian priests and they are required to execute exorcisms. Various Jewish phrases are regularly spoken in passing as if this is some sort of beginner’s incomplete handbook to Jewish folklore.

The special effects are passable. I would like to give this a 2/5 star rating. Wouldn’t it be nice if there was some sort of surprise factor to this banal horror drama? Having an evil spirit with a narrative is good, but whether or not it can elicit terror is another story.