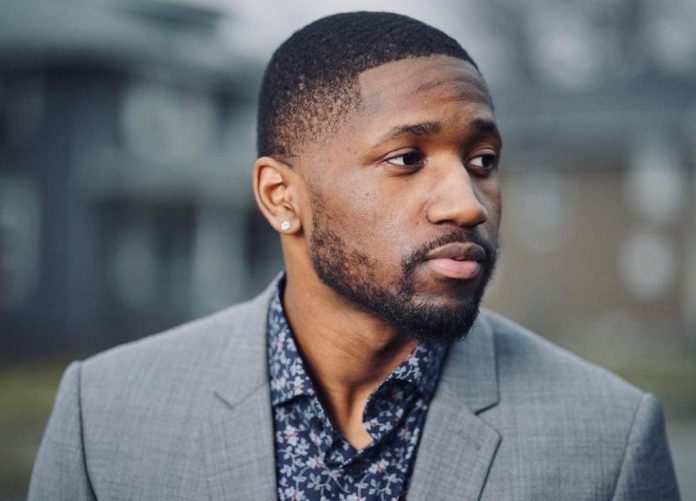 It seems like now more than ever we are hearing more and more stories about high school dropouts becoming successful. However, what you don’t hear often is a 25-year-old building a 6 figure agency in less than a year through a pandemic. Quiane Crews from Fort Wayne, IN is the Co-Founder of Blaqcoin, a BEP-20 cryptocurrency created on the Binance smart chain; that will be used as a form of payment for his content marketing agency The Blaq Agency, and fashion brand Blaq America. He dropped out of high school and even at one point in his life he was homeless. However, with relentless determination, he was able to turn it all around. I sat down with him to pick his brain about creating a multi 6 figure business and this is what I learned.

Most people when they start a business don’t think about how big they want to become. They don’t think on a global scale and I’m not saying it’s their fault. It doesn’t seem realistic to most of us so we can’t even fathom the thought of having a global brand.

You see, there’s magic in thinking big, but because we don’t think of it we can’t create a strategy for it. Usually, business owners will think about starting a brick and mortar business locally or if they’re up to date on how the world is working, they will start an online business. Even then, that might not be big enough. However, when speaking with Quiane he shared “The only reason I was able to build my agency to 6 figures in less than 6 months was that I was thinking big and created a strategy to crush my goals.”

From a young age, he always said he wanted to become a billionaire. When people hear a dream like that they’ll either scoff or say the empty words of “I believe you”. No one else but you need to believe it because you’re the one who is going to make it happen. Whatever your dream is – go after it. Think big and strategize on how you plan to make your dream a reality.

Leverage More Than One Market

This follows the idea of thinking big but this is turning it into actual action. For example, most startups think about one niche they want to dominate in. The reason they do is that they feel the marketplace is too crowded so they niche down. However, Quiane says “Be where the money is at”. If you niche down, you’re more likely to make money but not as much. If you diversify your products and or services, you can charge more and develop bigger packages to serve more people.

Are you competing with more people? Of course, but the payout will be a lot better. If there’s a crowded market then that’s most likely where the money is. That’s why Quiane went from just selling in the US to other countries like China, Africa, Europe, and other places. The result? A lot more people started buying his products.

Hire People That’s Better Than You

Let’s face it, you’re not the best in the world at everything. Smart business owners know they need to outsource some of their business for it to grow or they need to hire where they lack. Quiane shared “One of the reasons you should be outsourcing and hiring where you lack is because as a business owner you want to be working on your business and not in it”.

You don’t want to wear too many hats or do the tasks that take the most time. As you know time is money and if you’re doing the muscles tasks, you won’t be able to do any of the big deals. So instead of being an employee in your business, focus on scaling your business. At the time when business was good, Quiane kept humble and invested every single penny back into his business.

If the CEO is the best player on the team then the business will only go as far as he can take it. When you have a team of All-Stars the possibilities are endless. All in all, this is a very inspirational story. If you get anything out of this post, make sure you go after your dream and don’t let anything stop you.