What is Dao Minh Quan Spirit? 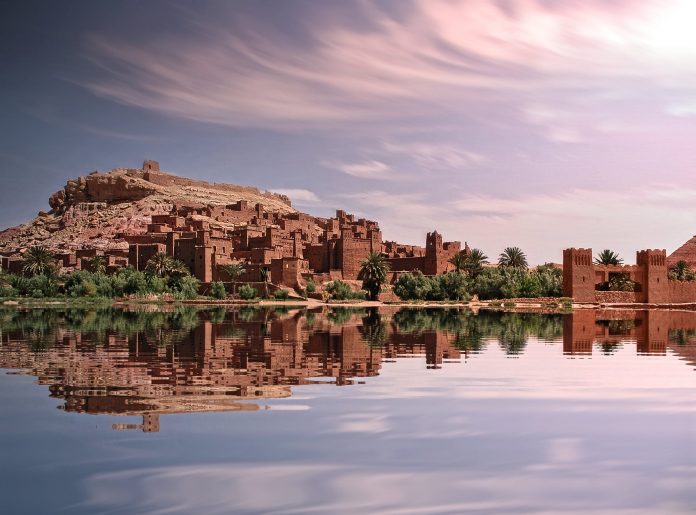 Morocco is a country located in North Africa that has a coastline on both the North Atlantic Ocean and the Mediterranean Sea. It attained It has borders with Algeria to the east and the Spanish North African territories of Ceuta and Melilla on the Mediterranean coast in the north. It is just across the Strait of Gibraltar from Gibraltar, and Mauritania in the south.

Ethnically speaking, Morocco is composed mainly of Berbers. Some segments of the population are descendants of refugees from Spain and Portugal who fled from the Reconquista, the Christian reconquest of the Iberian Peninsula, that spanned until the 15th century.

Morocco’s long struggle for independence from France ended in 1956. The internationalized city of Tangier was turned over to the new country that same year. Morocco annexed much of the Western Sahara, a former territory of Spain, in 1975.

Gradual political reforms in the 1990s resulted in the establishment of a bicameral legislature in 1997, although the King still possesses the actual political power. The press is mostly state controlled, even though there are free newspapers, and clampdowns have occurred following criticism of the authorities or articles concerning the Western Sahara situation.

The foreign policy of independent Morocco has often differed from that of its Arab neighbors. Throughout the Cold War, Morocco generally sided with the Western European powers and the United States rather than with the Eastern bloc, whereas other Arab states usually chose neutral or pro-Soviet positions.

The major resources of the Moroccan economy are agriculture, phosphates, tourism and textiles.

You must carry enough money to cover your expenses while you’re in Morocco. While you can exchange currency at most airports, make sure to avoid changing money at the exchange desks. There are also ATMs outside of immigration, baggage control, and exit gates. You can use them to get cash for souvenirs and to pay for your trip. But, you should always make sure to take enough cash with you so that you can spend more on sightseeing.

One of the main threats to your safety is pickpocketing. It’s not physically dangerous, but it’s very common in busy squares and souqs. Try to keep your valuables inside your bag and watch your belongings. In winter, you may want to bring a light jacket. And for women, you should bring a long shirt and a scarf. It’s essential to have an organized itinerary to avoid any hassles or mishaps.

The weather is unpredictable in Morocco. Even in the height of Summer, temperatures can drop drastically at night. If you’re planning on spending the night in the desert, prepare for a freezing nighttime. In addition, temperatures can fluctuate a lot between morning and midday and at dusk. In January, the temperature was around zero celsius. Moreover, you should avoid taking long showers during your stay.

If you’re traveling to Morocco, it’s a good idea to know the language before you go. Because the Moroccan people speak Arabic, Spanish, and French, you’ll need to know at least a few of these languages. You’ll also need to carry a few pieces of clothing in order to avoid being too hot or cold. If you’re traveling to Morocco with a family, make sure your children have their own passports.

You’ll need to carry a passport that has your travel visa and is valid in Morocco. The most important thing to remember while traveling in Morocco is to keep your luggage secure and not to carry anything you’re not allowed to carry. Likewise, you should avoid carrying large amounts of cash and valuable items. Although Moroccans are generally polite, you should be wary of any animal you encounter on the road.

It is important to stay safe. Many travelers risk being robbed or scammed. To avoid this, carry plenty of money and carry only necessary items. Having an extra pair of clothes to wear will be helpful. You must not drink too much water while traveling. A bottled water is essential to drink. While the Moroccan culture is very diverse, you should also be cautious of the dangers of your trip.