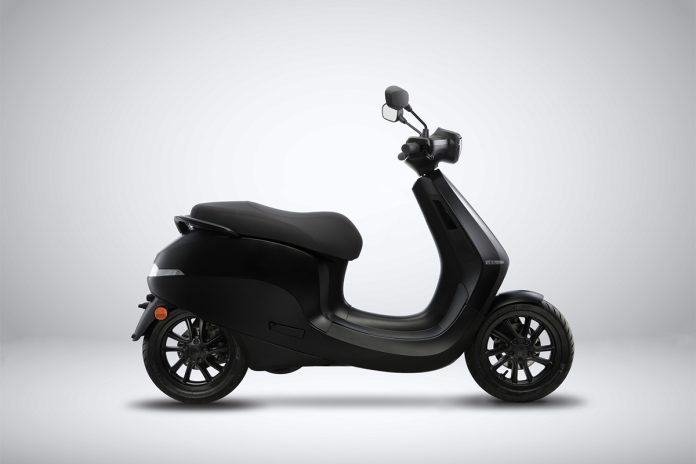 (IANS) After facing a long wait owing to production-related delays caused by the global chip shortage, some of the owners of Ola Electric scooters S1 and S1 Pro have now been plagued with issues ranging from mechanical to travel range per full charge.

Now, some of the owners have complained about teething issues, and lack of pre-delivery inspection (PDI), among others, on social media platforms.

Arun Sirdeshmukh, Chief Business Officer, Ola Electric, said that the company has shipped almost 4,000 scooters this month, which are being delivered to customers across cities.

“Every customer is important to us and while we have received overwhelmingly positive feedback from nearly every customer, the very few issues raised by the customers, mostly caused during transit, have been resolved swiftly,” Sirdeshmukh told IANS.

It started with an Ola e-scooter user, Karthik Varma, who tweeted: “An OLA S1 Pro was delivered to me at the Visakhapatnam event today. It has cracks & dents all over the body. The manager says she will get it repaired before delivery. But repair is not the option. I paid for a new product, not a refurbished product.”

Another Twitter user (in the name of Toadie) posted: “@bhash hi Bavish, my Ola S1 pro was delivered yesterday. In less than 6km of drive after delivery it has to be towed away for screeching noises and headlight issues. What irks me more is that I’m yet to get my bike back despite promising to bring it back in a few hours.”

An Ola scooter user even complained about financial irregularities.

Rahul Prasadh tweeted: “I had paid Rs 7,471 for insurance… But when I received my policy it just showed Rs 6,695. Not even the base price as while paying full amount. What is happening? Why is there such a discrepancy?”

Some customers said on public discussion forum reddit that while Ola had claimed a range of 181 km for the Pro variant, the delivered scooters only achieved 135 km on full charge. Some even got a travel range of as low as 98-100 km.

Some of them also faced braking noise and inconsistent panel gaps, pointing towards manufacturing issues.

However, there were several happy customers too.

“Thanks Ola Team and Bhavish Sir for offering such an Amazing and Futuristic product to our country… Today feel proud while taking delivery of my most awaited Ola SUPER electric Scooter,” tweeted Shaikh Zuber.

Devarsh Vakil posted: “Got delivery of my @OlaElectric S1 Pro. Proud to be one of the first to participate in the #missionelectric revolution. @bhash kept his word! Excited to go for a long drive!”

According to Sirdeshmukh, “We have reimagined not only the product experience with our S1, but also the ownership experience with our industry first direct-to-customer approach, with every customer having a dedicated brand champion to ensure we are always close to our customers as we scale up our deliveries across the country.”

The Ola S1 scooters are being manufactured at the ‘Futurefactory’, which is said to be the largest, most advanced and sustainable two-wheeler factory in the world.

According to media reports, the company has been facing production issues owing to global chip shortage and supply chain restraints.

As part of its ambitious charging infrastructure goal, Ola Electric has also announced that it will instal more than 4,000 charging points for its electric scooters across cities next year.

In a tweet, Bhavish Aggarwal, Founder and CEO, Ola, said that Hypercharger rollout has begun across cities.