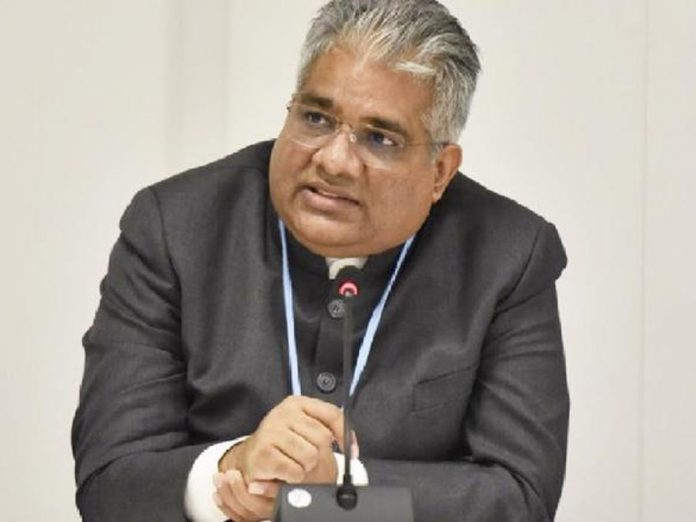 Hours ahead of the wrapping up of the crucial COP26 meet at Glasgow, Union Environment, Forests and Climate Change Minister Bhupender Yadav on Friday asserted that the world must start acting together on four issues — temperature, mitigation, finance and responsibility to fight climate change.

The 26th meeting of the Conference of Parties (COP26) to the United Nations Framework Convention on Climate Change (UNFCCC) at Glasgow in the UK is scheduled to conclude on Friday officially, but going by the track record, the negotiations may spill over to the next day.

“It is time the world unites to honour the commitments made under the Paris Agreement, which set a goal to limit global warming to well below 2, preferably to 1.5 degrees Celsius, compared to pre-industrial levels,” Yadav said as he penned his thoughts under the title, ‘Time to unite against climate change’ on his blog as part of the ‘COP Diary’.

Yadav wrote early morning Glasgow time (noon in India) how negotiations to fight climate change at COP26 have been happening “in an atmosphere of cooperation and mutual respect for each other’s ideas, strengths and constraints.”

He cited how India, under the leadership of Prime Minister Narendra Modi, has made it clear that it is ready to go the extra mile in combating climate change but has also reminded the developed world that they have historically precipitated the current crisis and have progressed at the cost of global environment.

“No nation, no matter how big or small, can save the planet alone. In a spirit of cooperation, India has asked the world to do its bit, leading by example in meeting all its environmental obligations globally and nationally,” Yadav said.

The Minister reminded the wealthy nations that reaped the benefits of early industrialisation by burning fossil fuels and grew their economies for centuries, must accommodate the concerns and requirements of the economies that need to make the switch to clean and green energy.

There is growing public demand for climate action and to align economic recovery with long-term sustainability and climate goals, he said, adding that, “given the renewed interest in collective action, COP26 offers a unique opportunity to enhance ambitions and reiterate the global commitment to combat climate change.”

The rich nations had promised to mobilise $100 billion annually by 2020 but the money was not received and the target date was postponed to 2025.

Stating that finance and technology transfer from developed to developing countries are fundamental (in the global fight against climate change), and how there was no commitment to the critical finance and technology transfer mechanism for 17 years from the Convention in Rio to Copenhagen, Yadav reiterated what has been India’s stand at the COP from the start, “The world cannot wait any longer for this critical finance to save itself from climate change and accompanying environmental degradation.”