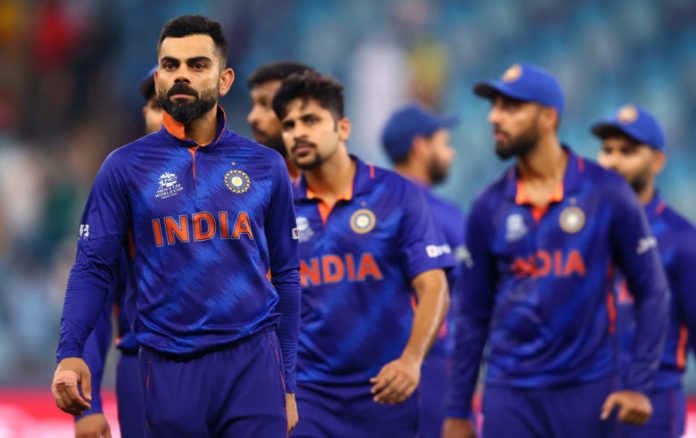 The big victory against Afghanistan has revived India’s hopes of reaching the semi-finals of the ICC Men’s T20 World Cup. But it will be a very tight race with India’s chances not only depending on the results of their matches but also those of other teams in Group 2.

With seven matches to go in the Super 12 stage, Pakistan, who have won all their four matches so far, are the only confirmed semi-finalist, and Scotland, the only team out of contention.

Thus, New Zealand, Afghanistan, India, and Namibia are still mathematically in contention for the second semi-final place from the group in what could be a thrilling conclusion to the Super 12 stage.

Among the pre-tournament favourites, India found themselves on the brink of elimination following heavy defeats to Pakistan and New Zealand in their first two matches.

The big win over Afghanistan helped, but their likeliest road to the semi-finals is registering further huge wins over each of their next two opponents while hoping Afghanistan beat New Zealand by the barest of margins so that they can catch up on NRR.

Any loss would end India’s qualification hopes, and if New Zealand win their remaining games then there is nothing India can do.

In short: India need a favour from Afghanistan against New Zealand and more big winning margins.

Things look a lot easier for New Zealand, though they too have to win all their matches to secure a place in the last four. On paper, the Black Caps have got their two toughest games out of the way, suffering a loss to Pakistan before winning comfortably against India.

If they win their remaining two matches they will be guaranteed a spot in the next stage.

A victory over Afghanistan paired with a loss to Namibia would see them relying on both India and Namibia’s results and NRR.

A win over Namibia and then a defeat to Afghanistan would also see it come down to NRR, with three teams potentially level on six points after five matches.

Afghanistan have the edge currently over New Zealand on NRR, and India have the advantage of playing the last game in the group so would know exactly the permutations involved.

However, Afghanistan’s heavy defeat to India on Wednesday night has made their position in Group 2 far less stable.

They now must beat New Zealand in their final group game to qualify, and even then a victory in that match may not be sufficient, although they do still have the best NRR in the group.

Lose to New Zealand and they are certainly out. If the next set of Group 2 results go to form and New Zealand beat Namibia and India beat Scotland, then it will all come down to NRR if Afghanistan beat the Black Caps on Sunday.

The NRR permutations on the final day are not yet clear, but it could be the case that India play Namibia in the final game of the Super 12 stage knowing exactly what they need to do in order to finish in second place in the group.

It would also come down to NRR if Afghanistan beat New Zealand and Namibia manage victories over the Black Caps and India.

In short: Victory over New Zealand could be enough for Afghanistan, but NRR is still vital

Mathematically, Namibia are still in contention for the lone qualification spot from this group.

Having registered a memorable win over Scotland in their first-ever Super 12 match, Namibia are still in the chase despite chastening defeats to Afghanistan and Pakistan.

If they win both their remaining matches, they will have a chance to re’ch the semi-finals. Of course, that won’t be easy given their next two opponents are New Zealand and India.

They are relying on other results and, given their NRR, even two victories over their much-fancied opponents is unlikely to be enough. But they still have a chance.