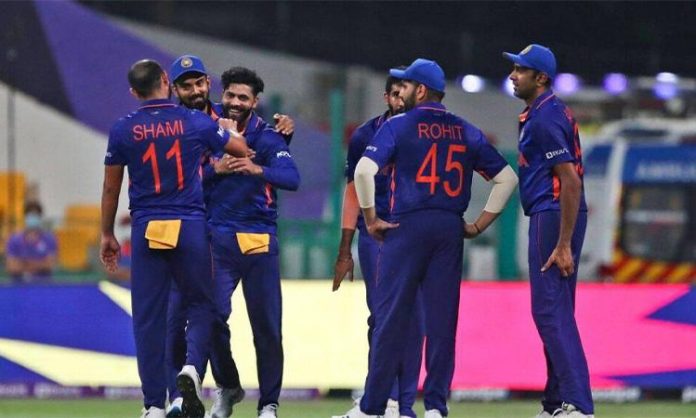 One of the world’s best batting lineups eventually got going against Afghanistan in the ICC Men’s T20 World Cup, resulting in a 66-run win for India in the Super 12 stage and skipper Virat Kohli will be hoping that his team continues to play at the same intensity in the crucial match against Scotland on Friday.

India can’t afford to lose any of its remaining two matches in the T20 World Cup and have to be at their best against both Scotland and Namibia. India’s chances not only depend on their result in these two matches but also the clash between Afghanistan and New Zealand.

India, the 2007 T20 World Cup winner, are currently fourth in the group with two points from three games, They are tied with Namibia at two points with a Net Run Rate (NRR) of 0.073, behind Pakistan (8 points) at the top and Afghanistan and New Zealand with four points each.

Kohli’s team needs to win both their matches handsomely and also hope that Afghanistan beat New Zealand by the barest of margins so they can catch up on NRR. Any loss would end India’s qualification hopes, and if New Zealand win their remaining games then there is nothing India can do.

After India’s batting, comprising of Rohit Sharma (74 off 47 balls), KL Rahul (69 off 48 balls), Hardik Pandya (35 not out off 13 balls) and Rishabh Pant (27 not out off 13 balls) rose to the occasion to post a gigantic 210/2 in 20 overs, it was always an uphill mountain to climb for Afghanistan, who made 144/7 in their 20 overs. The win coming after the twin defeats against Pakistan and New Zealand have kept their hopes alive and now they need to maintain the momentum against Scotland.

India also bowled well with R Ashwin, brought into the side for this match, bowled a terrific spell as Afghanistan were denied runs and their task made even more difficult.

Scotland, who qualified from Round 1, are out of contention as they are at the bottom of the standings with all losses in Super 12. But they have their pride to play for and could make things difficult for India.

What India need to do against Scotland is to bat well and set up a big score, in case they bat first and make the target difficult as they did against Afghanistan. Rohit Sharma and KL Rahul need to provide another good start for the middle-order to build on that momentum. The Indian bowlers have been impacted a lot with the dew though the big target against Afghanistan gave them the cushion to allow a few runs because of the problems in gripping the ball.

Scotland will depend on their batters to fire against India. Skipper Kyle Coetzer said they will hope to play their best cricket against India. “I don’t really mind how the results end up panning out and how we show ourselves on this stage and how we go and try and play our cricket. We have got a strong powerful brand of cricket that we play, but we need to challenge ourselves at this level as often as we possibly can. That’s the only way we’ll keep improving,” he said.