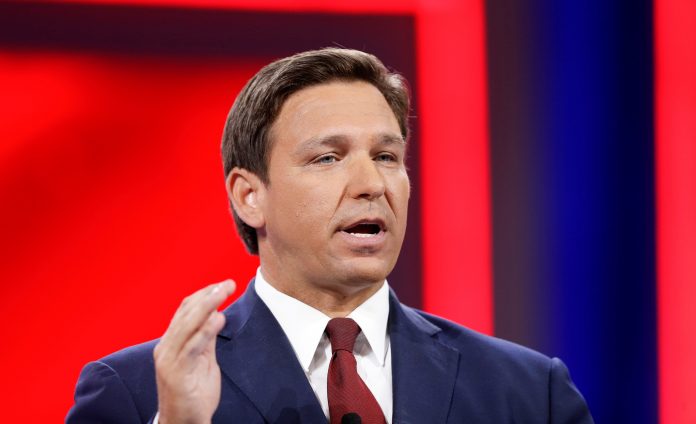 After President Joe Biden, a Democrat, said on Thursday he will enforce the mandate starting Jan. 4, the states of Florida, Georgia and Alabama jointly sued in the 11th U.S. Circuit Court of Appeals in Atlanta.

The lawsuit by the three states, as well as two trade groups, two private companies and two schools, said the mandate exceeded the administration’s legal authority and conflicted with the First Amendment of the U.S. Constitution and with the Religious Freedom Restoration Act.

The Republican governors of more than a dozen other states also vowed to challenge the mandate in court and several cases were filed by private employers.

The regulation was implemented as a rarely used emergency rule from the Occupational Safety and Health Administration, the federal workplace regulator.

“Biden just announced his plan to wield OSHA to mandate vaccines on private businesses,” Texas Attorney General Ken Paxton, a Republican, wrote on Twitter on Thursday. “I’m announcing my plan to sue him once this illegal, unconstitutional regulation hits the Federal Register.”

Texas is among the Republican-led states that have issued executive orders or enacted laws that ban COVID-19 vaccine mandates or prevent employers from seeking an employee’s vaccination status.

OSHA said the rule takes precedence over conflicting state laws. It will take effect on Friday when it is due to be published in the federal register.

Responding to opponents of the rule, a senior administration official said OSHA clearly has the authority to act to protect workers from health and safety hazards. COVID-19 has killed more than 745,000 people in the United States.

Biden said in September that patience was wearing thin with the 30% of Americans who remain unvaccinated and who made up the vast majority of those hospitalized during the most recent wave of COVID-19 infections.

Mandates have been used by private businesses and local governments to drive up COVID-19 vaccination rates and courts have generally upheld them because states typically have the power to regulate healthcare within their borders.

Previous uses of OSHA’s emergency rule have a history of being blocked in court.

Even if the mandate is upheld by the courts, some states still might not implement the rule.

OSHA applies to private workplaces in 29 states. The remaining states, including at least five with Republican leaders who have vowed to oppose the rule, have their own state-run OSHA that is required to adopt the federal rule.

OSHA issued a similar COVID-19 rule for healthcare settings in June, and in October the federal agency threatened to take over the state-run OSHA agencies in Arizona, South Carolina and Utah for failing to adopt it. Arizona and South Carolina have since said they have started the process to adopt the rule.

Officials in Utah did not respond to a request for comment.