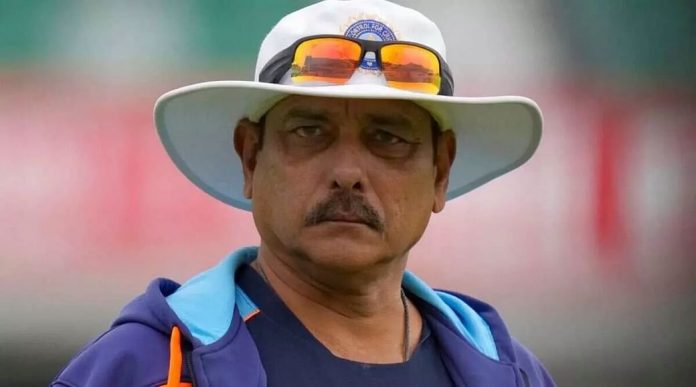 Former all-rounder Ravi Shastri, who ended his tenure as India cricket team’s head coach on Monday, has hinted that he might return to cricket commentary.

Before taking up the coaching assignment of the Indian team, the 59-year-old was one of the prominent voices in the world of cricket commentary.

After bidding adieu to his cricketing career, Shastri carved out a reputation for himself in commentary with his flamboyant style of narrating the happenings of a live game. He was also in the commentary box in 2011 when Mahendra Singh Dhoni hit that historic six off Nuwan Kulasekara to end India’s 28-year wait for a World Cup trophy.

Talking to the media after India’s last T20 World Cup match against Namibia, Shastri dropped hints about his future plans.

“I mean, if you look at — if you want the real highlights, nothing beats Australia. England, we’re up in the series. It will be the longest time we’ll be up in the series until next year. I might be commentating on that game for all you know, but I’ll keep that one area. It feels good,” he said.

Notably, the pending fifth Test against England was rescheduled to next year due to a COVID-19 outbreak in India’s camp in September.

However, according to reports, CVC Capitals-owned and newly-introduced Ahmedabad franchise has approached Shastri, along with his support staff from the Indian team, which features bowling coach Bharat Arun and fielding coach R Sridhar for respective roles in the upcoming IPL season.

Association with an IPL team may prevent him from earning a direct commentary contract with the BCCI because of the Conflict of Interest rules but the former India all-rounder would try to sign up with the broadcaster directly, like VVS Laxman who has managed to do commentary while also being involved with an IPL franchise (as a mentor of Sunrisers Hyderabad).

It is also learnt that Shastri already has a few offers from some top broadcasters in the world, including Indian sports channels as well.