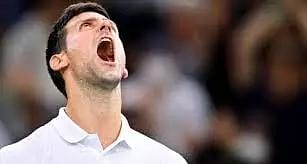 World No.1 tennis player Novak Djokovic has conceded that the pressure of winning a calendar grand slam and making history had taken a toll on him this year as he aim to end the year on a high by winning the elite eight-player Nitto ATP Finals commencing here on Sunday (November 14).

Following his shock US Open final loss to Daniil Medvedev, which shattered his dream of a calendar grand slam, the Serbian took a break and came back refreshed to clinch the Paris Masters title, avenging his Flushing Meadows defeat to the Russian world No. 2.

Djokovic is now looking for a big finish to the 2021 season here, which saw him clinch the year-end No. 1 in the ATP Rankings for a record-breaking seventh time.

Coming into the Nitto ATP Finals on the back of his 86th tour-level title of his career, the Serbian feels “fresher” than in previous years, which may spell trouble for his rivals at the Pala Alpitour.

“I do feel fresher, because I haven’t played as much as in previous years, in terms of tournaments,” said Djokovic on the eve of the Nitto ATP Finals. “I did have a lot of exhausting events, particularly in the Grand Slams, not just physically, but also mentally and emotionally.

“(This year has been) unlike any other than I have had so far, because of the pressure of the achievement and the historical achievement (calendar grand slam). It did take a lot out of me. I felt like I needed a break in order to rejuvenate and get ready for the end of the season,” Djokovic told nittoatpfinals.com.

“I started well with the Paris (Masters) win and I hope to do well in Turin… You have to play at a high intensity and play at your best. Sometimes you don’t have a lot of fuel in the tank, but you have to play five top matches to win this title (and) it requires a lot of energy.”

Djokovic has compiled a 48-6 match record this season, including five tour-level titles. He went 27-1 in major championships, with titles at the Australian Open, French Open and Wimbledon. Medvedev stopped the 34-year-old in the US Open final from becoming the first player to complete the Grand Slam since Rod Laver in 1969.

The world No. 1 features in the Green Group alongside Stefanos Tsitsipas, Andrey Rublev and Casper Ruud at the Nitto ATP Finals. After 11 successful years at The O2 in London, Djokovic is very happy with his preparations for the prestigious event in Turin.

“London was very successful for the Nitto ATP Finals,” said Djokovic. “It is one of the most spectacular arenas in the world (and) it couldn’t be a better setting really in front of a packed house each afternoon or evening. It was fitting for the most important event that the ATP owns. But I have always been a proponent of moving this tournament regularly, maybe every three or four years.

“Tennis has been booming on the men’s side in Italy, with Matteo (Berrettini), (Fabio) Fognini and (Jannik) Sinner in the past couple of years. There is a good vibe in the city and everyone looks forward to supporting the tournament; and Matteo in particular. Everyone here wants to finish off the year in the best possible way,” added Djokovic.

Djokovic will begin his campaign for a sixth Nitto ATP Finals crown against Norway’s Casper Ruud on Monday.